Amazing Graciousness [How Sweet The Sound]

For a long time I used to think they were, but the more I’ve read their writings the more I’ve realized not only their spiritual genius, but also their embarrassing tendency towards patriarchy, among other things.

Still, there is plenty we could learn from those early Christians.

For example, as I’ve been researching their beliefs about Hell I’ve come across a fascinating realization that I think most people overlook.

See, for the first 500 years of Church History, there were three distinct schools of theological thought on the topic of Hell: Eternal Torment, Annihilation and Universal Reconciliation.

However, even though there were three radically different perspectives on this topic floating around, the Church waited over 500 years to start dividing over this.

Along the way, these same Christians also got together on a few occasions to write down their mutually-held beliefs – the core of what Christianity [as they knew it] was all about.

These core statements of faith were called the Creeds, and to this day they are still the basis for what we can all agree on when it comes to Christianity.

However, what most Christians today do not realize is that those early Church councils that gathered together to assemble these Creeds were made up of Christians who all disagreed on the topic of Hell.

Not only that, these same councils were presided over by people like Gregory of Nyssa who was outspokenly on the side of Universal Reconciliation.

Now, think about this for a second: Those early Christians not only gathered together without arguing over this doctrine of Hell – even though they all disagreed on this topic – they also left out any mention of Eternal Torment as a necessary belief for being a Christian.

Of course, that’s not surprising when you consider that many of those early councils were presided over by Universalists like Gregory of Nyssa. But do you know what IS surprising? The fact that those Christian Universalists were in the majority, and that they were in charge of those councils, and they never attempted to use that to their own advantage to shove their doctrine of Hell down anyone else’s throats.

That really blesses me, and to be honest, it kind of makes me wish we could go back to that same attitude of amazing graciousness for one another today.

Wouldn’t it be great if we, like those early Christians, could see other Christians as our beloved brothers and sisters in Christ – even if they held a different view of Hell than we did?

I have to wonder why we can’t do this now. What is it that prevents us from agreeing that the Scriptures are not “clear” on this doctrine and allow everyone in the Body of Christ to make up their own minds about this issue without condemning them as heretics for holding a different view than our own?

[I know the answer to this, but I still have to ask the question].

Those early Christians weren’t perfect. They had their share of blind spots. But on this one point they were far ahead of us.

I wish we could love one another as they did.

I wish we could show grace to one another in the same way.

The truth is, we still can. There’s nothing holding us back except ourselves.

So, let us all stand. Let us turn to Hymn #144 and sing together: “Amazing Graciousness”

I recommend singing every last verse until we all know this song by heart. 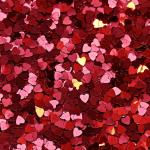 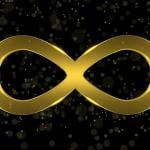 October 25, 2019 Why "Everlasting" Doesn't Mean "Endless"
Recent Comments
7 Comments | Leave a Comment
"More to consider, most of mankind are drawn to the tribalism of love of self, ..."
Herm Why Do Conservative Christians Fear Women?
"When I love my neighbor, good or evil, today I love them no more or ..."
Herm Sorry Christians: Our Bible Contains Fake ..."
"We differ a little on the process but the end result is the same. Those ..."
Bob Shiloh Why American Christians Need An Acts ..."
"WE are commanded to love others (As defined in Romans 13).Jesus will avenge us.Revelation 6:10 ..."
Ron Jones Sorry Christians: Our Bible Contains Fake ..."
Browse Our Archives
get the latest from
Keith Giles
Sign up for our newsletter
POPULAR AT PATHEOS Progressive Christian
1