Today a friend of mine on Facebook said that he had never met anyone who believed that Black people were not fully human. He’s White, of course.

He also said that while some people might think this way, he’s not convinced this problem is “pervasive.” I asked him to define “pervasive” and to give me a criteria for what would qualify as pervasive in his mind.

For me, the last 400 years of American history provide more than enough evidence of just how “pervasive” racial injustice really is in this nation.

A few days ago, another friend actually said that he had never witnessed any racism in his hometown of Savannah, Georgia and he’s lived there his entire life. He is also White, of course.

So, either the good people of Savannah, Georgia have actually done what no other major city in America [not to mention the South] has ever done – eliminate racial injustice entirely – OR, my White friends are missing something.

My response to the person in Savannah was to ask them to talk to three or four of their closest Black friends to ask them what their experience of prejudice and racism might be.

See, just because you as a white Christian American haven’t witnessed racism against Black people, that doesn’t mean it’s not happening. What it means is that you’re blind to it.

A few days ago I was invited to sit on a panel of over a dozen other writers, poets, and essayists called “Writer’s Against Racism.” It was a 3-hour-long conversation about race, injustice, prejudice and reconciliation. I was the only White person on the panel.

On the one hand, that made me especially nervous and I felt very out of place in that dialog. Mostly, I just tried to listen as much as possible, and I did get to read my poem “Please Just Follow The Rules.”

Later on, my perspective began to shift and instead of feeling self-conscious about being the only White person on that panel, I started to wonder why there weren’t more White people on that panel.

NOTE: This question is modified from a similar quote by my friend Shane Claiborne from a few years ago who asked the same about the homeless]

One of the very best things I’ve seen recently is this amazing 12 minute video by Phil Vischer [the guy who created Veggie Tales] which speaks directly to White American Christians and not only educates them about why Black people are so angry, and what White Privilege is all about, he also asks them a very important question at the end that I really think we all need to take seriously.

So, I know that this post is probably not likely to reach my White American Christian friends and followers, simply because they are unlikely to click on a post that directly addresses their obvious blind spots.

Which is why I recently posted an article with the deceptive title: “Exposing the Myth of White Privilege” – which was my way of hopefully tricking my White friends into reading an article that they would assume was about to justify their bias and then turn it around on them to actually show them the opposite was true.

Still, I can’t let this go. I have to try to do SOMETHING to move the needle – even if just a little bit – to help my White friends see with new eyes. Otherwise, this problem of systemic racism will continue for yet another generation, and I can’t allow that to happen…especially if there’s something I can do to stop it.

One great idea that came to me during that “Writer’s Against Racism” panel was the possibility of gathering Black Christians and White Christians together to seek reconciliation over these questions of racism and injustice.

Much of what I’ve been doing with Peace Catalyst International has been to gather Muslims and Christians together to find common ground and seek peaceful relationships between our two faiths. But obviously the Christian Church in America is even more divided than we know. So, maybe we need to work on finding reconciliation within the Church, even as we seek reconciliation with those outside of our walls.

So, bottom line, I guess I’m just asking my White Christian friends to do this one thing: Listen. Please listen to Black people when they tell you the injustice and pain and fear and hate they have endured their entire lives. Please take this seriously. Please look for ways you can bring healing and peace and reconciliation to your Black brothers and sisters who have suffered – and are continuing to suffer – more than you will ever know.

But, maybe if you take the time to listen, maybe you will know.

And that’s a great place to start. 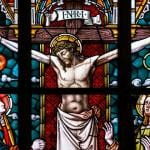 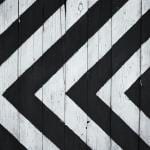