7 Reasons Why Jesus Was NOT Sacrificed For Your Sins 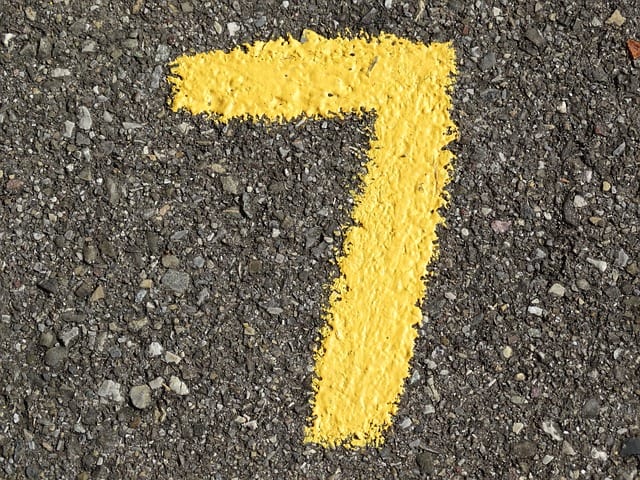 One of the lynchpins of Penal Substitutionary Atonement Theory [PSA] is that Jesus had to die on the cross to fulfill God’s requirement for a worthy sacrifice that could atone the sins of mankind once and for all.

The problem with this theory is that there is almost zero scriptural support for such a claim. In fact, if we start to really investigate what the scriptures have to say about atonement, sacrifice and sins we find a shocking number of verses that flat-out contradict this foundational assumption of PSA theory.

Here are seven reasons why Jesus was NOT an acceptable sacrifice for your sins, according to the scriptures:

1) Sin offerings had to be female [not male] animals according to Leviticus 4:32:

“But if he brings a lamb as his offering for a sin offering, he shall bring it, a female without defect.”

[Note: Jesus was not female]

2) Sin offerings could not have any wounds according to Leviticus 22:22:

“Those [sacrifices] that are blind or fractured or maimed or having a running sore or eczema or scabs, you shall not offer to the Lord, nor make of them an offering by fire on the altar to the Lord.”

[Note: Jesus had numerous wounds on his body by the time he was nailed to the cross. He had scars on his back from the whip and on his head from the crown of thorns, not to mention the fact that his beard had been pulled out by the Roman centurions]

3) Sin offerings had to be taken to the Priest and offered on the altar inside the Temple according to Deuteronomy  12:13-14]:

[Note: Jesus was not sacrificed on the altar in the temple by the priest. He was nailed to a cross by Roman soldiers outside the city on a cross. He was not burned]

“You shall not behave thus toward the Lord your God, for every abominable act which the Lord hates they have done for their gods; for they even burn their sons and daughters [as a sacrifice] in the fire to their gods.” [Deut. 12:31]

“There shall not be found among you anyone who makes his son or his daughter pass through the fire [as a sacrifice]..” [Deut. 18:10]

“Moreover, you took your sons and daughters whom you had borne to Me and sacrificed them to idols to be devoured. Were your harlotries so small a matter?” [Ez. 16:10]

[Note: Jesus was a human being. PSA says Jesus was sacrificed for our sins.]

5) God does not allow any man to die for the sins of another according to Psalm 49:7-8:

“No man can by any means redeem his brother
Or give to God a ransom for him—
For the redemption of his soul is costly,
And he should cease trying forever”

6) All are accountable for their own sins. A Father cannot take responsibility for the sins of his children according to Ezekiel 18:20:

[Note: PSA says that our Father God sent his own son to take responsibility for our sins.]

7) The sacrifice that took away the sins of the people was NOT put to death but set free in the wilderness according to Leviticus 16:9-10:

[Note: Jesus was put to death.]

So, these are only a handful of reasons why – according to the Scriptures – Jesus was NOT an acceptable human sacrifice for our sins.

Now, this doesn’t mean that our sins are not forgiven. Nor does it mean that the crucifixion didn’t play an important role in establishing our forgiveness.

Our sins are forgiven for one simple reason: Jesus forgave us.

God’s response to our sin is forgiveness. We are forgiven.

Jesus really is “the Lamb of God who takes away the sins of the world” because Jesus takes even the worst possible sin we can throw at him -the torture and murder of an innocent man [even the son of God himself] – and his response is this: “Father, forgive them for they know not what they do.”

And the result? God answers this prayer. We are all forgiven.

Where was God on the day we crucified Jesus? “God was in Christ reconciling the World to Himself, NOT counting our sins against us.” [2 Cor. 5:19]

But, I thought there was no forgiveness without the shedding of blood?! Doesn’t the Bible tell us this?

What it says [in Hebrews 9:22] is that ‘under the Law’ there is no forgiveness apart from the shedding of blood. But we are not under the Law. [Something the author of Hebrews takes great pains to point out].

Not only that, there are at least 7 examples where the forgiveness of sins WAS proclaimed WITHOUT the shedding of blood.

So, not only does PSA theory have very little scriptural support for the notion that God ordained that Jesus should be sacrificed on the cross to atone for ours sins, we have numerous examples in scriptural where almost every single point of this atonement theory is soundly contradicted.

Rather than complicate what happened on the cross, the New Testament authors make it very simple:

Jesus took the worst we had to offer and still extended his boundless love, grace and forgiveness to us all – before, during and after the crucifixion event.

Where does that leave us now?

PSA is bad news. The Gospel of Christ is Good News.

August 14, 2020 Answering 7 Rebuttals To My Article On The Atonement
Recent Comments
0 | Leave a Comment
"There remains absolutely no authentic and original first century originated evidence of the existence of ..."
Rational observations? Is Jesus Right (Or Wrong)?
"“…that at the name of Jesus every knee should bow, of those in heaven, and ..."
Tom Hanson How Evangelicals Changed The Bible To ..."
"A Universalist?Oh my gosh."The Father makes his sun to shine on the evil and the ..."
james warrren Jesus Never Claimed To Be The ..."
"Thank you for the comment. The point that he was not a Christian is an ..."
Marc Wagner Is There Evidence For Jesus Outside ..."
Browse Our Archives
Related posts from Keith Giles