Imagine my shock when, as I was reading Elaine Pagel’s excellent book, Beyond Belief, which provides insight into how and why the early Gnostics and Orthodox Church Fathers first clashed over theology, I realized that pretty much NOTHING has changed in nearly 2,000 years of Church history.

For example, as she was explaining how Irenaeus viewed Gnostic Christians like Valentinus, Ptolemy, and Heracleon, she quotes Irenaeus’s response to their [in his mind, at least] “Heretical” teaching by saying:

“This faith which the Church, even when scattered throughout the whole world…[was] received from the Apostles” and specifies faith in “one God, Father almighty, creator of heaven and earth, and the seas…and in one Christ Jesus, the son of God, who became incarnate for our salvation, and in the Holy Spirit…and the birth from a virgin, and the suffering, and the resurrection from the dead, and the heavenly ascension in flesh…of our beloved Jesus Christ.”

Now, this seems reasonable and quite honestly, sounds pretty much like the earliest Christian Creeds. But, listen to how those Gnostic Christians responded to Irenaeus – according to Irenaeus himself:

“We too, have accepted the faith you describe, and we have confessed the same things – faith in one God, in Jesus Christ, in the virgin birth and the resurrection – when we were baptized. But since that time, following Jesus’ injunction to ‘seek and you will find,’ have been striving to go beyond the church’s elementary precepts to attain spiritual maturity.”

So, here’s what I find so fascinating: This is EXACTLY the same sort of dialog going on right now between the Conservative Evangelical Christians like Alisa Childers, Sean McDowell and John Cooper [among others], who insist that they are the “real Christians” and those Progressive Christians are not.

When Progressive Christians [like me] respond to them in nearly the same way that Valentinus and Ptolemy responded to Irenaeus – that we DO affirm the same things, but we understand them in different ways – we are labeled “Heretics” [as they were] and branded as fake Christians.

This is how the followers of Valentinus responded to Irenaeus’s accusations:

“When we confess the same things as you, why do you call us heretics?”

I find myself asking Alisa, Sean and Mr. Cooper the very same question in 2022 as these Gnostic Christians were asking Irenaeus around 125 AD.

What surprised me even more than this was just how long these two differing groups of Christians have been wrestling over these very same questions about the nature of Truth and the mystery of Christ – over 1,800 years!

In her book, Pagels goes on to point out that Irenaeus’s apparent intolerance towards those who disagreed with his theology wasn’t always consistent. In fact, as she explains, “Irenaeus encouraged his fellow believers to tolerate certain variations of viewpoint and practice,” and even famously opposed the Bishop of Rome [Victor] when he demanded that all Christians should celebrate Easter on the same day and traveled there to suggest that he allow Greek-speaking Christians to celebrate the event on a different day, as many Greek, Russian and Coptic Christians still do today.

Yet, for some reason, Irenaeus viewed Valentinus and others like him, as threats to his favored brand of Christianity.

We do have some clues about what bothered him about their views and practices, of course. We know that the objected to the baptismal practices of people like Ptolemy who re-baptized believers who joined them because the first baptism was about affirming faith in a God who they worshipped as the Creator, and feared as the Divine lawgiver and judge, and the second baptism [performed on those who followed Ptolemy, Valentinus and others] was for those who had “come to see God as Father, as Mother, [and] Source of all being – in other words, as One who transcends all such images. Thus, Ptolemy invites those who previously saw themselves as God’s servants – or, more bluntly, His slaves – to come to understand themselves as God’s children.” [Elaine Pagels, Beyond Belief, pg. 138]

Valentinus – who wrote the lost Gospel of Truth which was only recently uncovered and translated in 1945 – “contrasts those who picture God as petty, jealous and angry with those who receive ‘the grace of knowing him’ as a loving and compassionate Father.” [IBID]

Honestly, I feel like I could trade out the names Valentinus and Ptolemy with names like Richard Rohr and Rob Bell, or swap out Irenaeus with Alisa Childers or Sean McDowell, and this book would read like a blog on Patheos. [Maybe even this one?]

But, the shock didn’t end here, my friends. Oh no.

Pagels goes on to note that even though Irenaeus attempted to silence Valentinus and Ptolemy by warning fellow Christians to “obey the priests who are in the church – those who have received….the certain gift of truth….[and to] hold in suspicion those who stand apart from the primary line of [apostolic] succession…[and to] regard them either as heretics with evil intentions or as schismatics, puffed up with themselves, or as hypocrites.” [Beyond Belief, pg. 155]

Of course, it wasn’t the followers of Valentinus or Ptolemy who were creating the division within the Body of Christ over these questions  – it was Irenaeus himself!

Much like how Childers, Cooper, McDowell, et al, are the ones creating videos declaring that those who don’t agree with them are dangerous while the “Progressive Christians” [like me] are the ones trying to get them to sit down and talk so we can maintain some measure of unity.

Of course, Irenaeus’s appeal to believers about only following only those who aligned with the priests was, in itself, mostly all for show because “Irenaeus knew that the ‘disciples of Valentinus’ did not oppose the clergy. On the contrary, what made them especially hard for him to discredit was the fact that many of them were priests themselves.” [Beyond Belief, pg. 155]

Yes. That’s right. Many of those early priests were already – let’s say “Deconstructing” – the sort of Christian faith that Irenaeus was championing and moving away from God as wrathful judge in favor of a God who looked way more like Jesus.

We see the exact same thing happening today. I talk to dozens of Christian Pastors in Evangelical pulpits today who say things like, “Keith, if my Church leaders [or members] knew that I didn’t believe in Penal Substitutionary Atonement, [or Eternal Torment, or Inerrancy of Scripture, etc.], I would lose my job.”

I even created a course and an online Facebook group specifically for pastors who are deconstructing for this very reason.

In other words, Irenaeus was starting to panic because “the great majority of Christians initially accepted the Valentinian’s view themselves.” [pg. 157]

Pagels goes on to say that “While Irenaeus, as bishop, was working to expose them as ‘wolves in sheep clothing’ and expel them from the churches, he wrote that most Christians regarded them as among their most influential and advanced members,” and remarks how “…in his own time, Valentinus had been widely respected as a teacher by his fellow Christians in Rome, and even a generation later, Irenaeus’s contemporary, the famous Egyptian teacher, Clement of Alexandria, as well as Clement’s brilliant successor, Origen, [both] engaged in discussion and argument with prominent disciples of Valentinus, and regarded them as fellow Christian teachers. Although Clement and Origen often criticized aspects of Valentinian theology, they also adopted elements of it into their own teaching.“ [Beyond Belief, pg. 157]

Still, Irenaeus didn’t give up trying to discredit and silence these men, and their disciples. He opposed them at every turn. He published volumes accusing them of heresy and wrote voraciously to expose the flaws in their teaching.

Eventually, the only way for their voices to be silenced and for those who agreed with Irenaeus to prevail was to take advantage of “the revolution initiated by the Roman Emperor Constantine.” [pg. 168]

And that, my friends, is why we see such a rush by some Christian leaders at that time to ratify statements of faith that established what “True Christian Doctrine” was [and wasn’t], and why soon after we saw the writings of Valentinus and other so-called “Gnostic” thinkers, being burned, destroyed and [thankfully] hidden. Only to be found again in 1945 at Nag Hammadi.

So, I suppose nothing much has changed, has it?

I just never knew how very long this exact same struggle has been going on within the Christian faith, and I certainly had no idea just how little the tactics and attitudes have changed by those who oppose the ideas of God as a loving Father and Christ as being within everyone, everywhere.

Perhaps this will always be the struggle within the Christian faith. Maybe this tension must always exist, for some reason?

It’s been here from nearly the very beginning. So, maybe we should just try to get used to it.

NOTE: I realize that Irenaus and Valentinus didn’t live in the First Century, but they both trace their beliefs from the disciples of the Apostles. Therefore, in some ways, the seeds of this early Deconstruction movement did originate from First Century ideas.

Keith Giles is the author of the 7-part best-selling “Jesus Un” book series from Quoir Publishing. His latest -and final book – in this series, Jesus Unarmed: How The Prince Of Peace Disarms Our Violence is available now.  Keith is also the host of Second Cup with Keith [a new solo podcast available now on the Ethos Radio App, for Apple and Android and on Spotify; and the Heretic Happy Hour Podcast [along with co-hosts Matthew Distefano, Dr. Katy Valentine, and Derek Day], and the new Apostate’s Anonymous podcast with Matthew Distefano. He and his wife, Wendy, currently live in El Paso, TX and work with Peace Catalyst International. 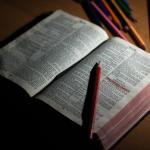 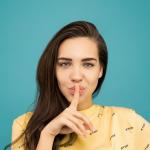 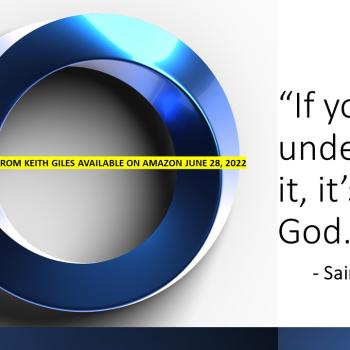 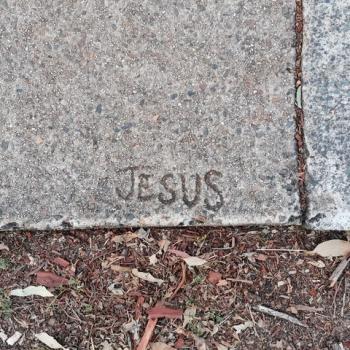 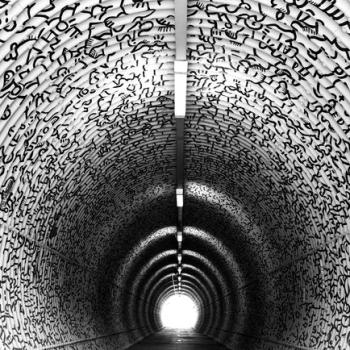