INNER CIRCLE: The Kingdom Is Inside and Outside

In this saying, Jesus gives us two main ideas to consider:

First, that the Kingdom is not somewhere far away – up there, or down here, or over there – as if it were a place we had to find, or a location we needed to travel to in order to experience. Then he illustrates the absurdity of this idea by pointing out that the Kingdom can’t be in the clouds, or the sea, because then only the birds or the fish would enjoy it, and that’s not what the Kingdom is like.

Secondly, Jesus wants us to understand how important it is for us to know ourselves; to comprehend our identity as “sons [and daughters] of the Living Father.” Because if we ever fully realize our true Self, then we will understand our eternal connection with God, and everything else in the Universe. If we fail to know ourselves in this way, as Jesus says here, we “will dwell in poverty,” and this is not literal poverty in the economic or financial sense of the word, but a deeper poverty where we fail to see the true wealth of God’s endless Presence within us.

Because, when we truly understand our inseparable Oneness with the Divine, we realize that we already have everything we need to be at peace, and to find rest, and to experience true, lasting fulfillment in our innermost being.

The reason Jesus begins this saying by emphasizing the notion that the Kingdom is both “inside of you and…outside of you,” is because he wants us to realize the truth: There is no such thing as “inside” or “outside.” Those concepts are dualistic ways of seeing and thinking. The Kingdom does not exist in this “In/Out” or “Us/Them” mode, simply because this concept is an illusion. Once we truly see the Kingdom we realize that there is nowhere where this Kingdom does not exist. If the Kingdom is both inside and outside, then the concepts of inside and outside become meaningless distinctions for us. Everything is in the Kingdom, and the Kingdom is in everything and everyone. The same, of course, could be said of Christ who “is all and in all” as the author of Colossians reminds us. [see Col. 3:11]

This same idea of connection with Christ and Oneness with God is what Jesus was trying to get us to see in the Gospel of John:

This is a paradoxical statement that should cause us to stop and think. How can Jesus be in the Father? How can we be in Christ? How can Christ abide in us? How can all three of these things be true all at the same time?

The answer is: Because there is no “outside” or “inside” in the Kingdom. All are one. Everything is connected to everything, and everyone else in the Universe.

This means the notion of being outside of God is an illusion. Nothing can be outside of God if God is “the One in whom we all live and move and have our being.” [Acts. 17:28]

The only way for anyone to be “outside” of God would be to cease to exist. Even then, Paul affirms to us that “nothing will ever separate us from the love of God…not even death.” [Rom. 8:38]

What makes the difference, then, is for us to realize that the concepts of “inside/outside” or “here/there” are meaningless illusions. Once we change our way of thinking – literally, in the Greek Metanoia – we can suddenly see the Truth of reality as it actually is: Christ is all and is in all.

There are other sayings in the Gospel of Thomas [number 22, for example], where Jesus makes this same point in other ways.

The second paragraph in this saying merely expands on this same idea: “When you come to know yourselves, then you will become known…” In other words, once you realize that you are in Christ and that Christ is in you, and in everyone else, then you will fully realize your identity as the Child of God, and you will begin to see everyone around you as a member of the same Family of God.

There are two contrasts made in this final section of the saying. Those who know themselves “are the Sons of the Living Father”, but those who do not know themselves “are…poverty.” At first, we may be tempted to think of this as another duality: You are either dwelling in Christ or you are dwelling in poverty. But that’s the wrong way to think of it. As Jesus has already told us, concepts of “In/Out” are false. The reality is that everyone is already dwelling in the Kingdom. Why? Because the Kingdom is already inside of you and outside of you. This is just the way the Kingdom works. It transcends and permeates all reality. So, there is no possible way to be “in Christ” or “outside of Christ” because Christ is both “all and in all” and because Christ is in you, and in the Father, and both the Father and Christ are in us. This is the truth whether we see it or not.

What helps us to wake up to this reality is to “come to know [ourselves]” as Jesus says here. Why? Because to know our identity as the beloved Children of God is to recognize our inseparable Oneness with God. Once we understand who we are, and who God is, then we realize this glorious truth: “We are filled with the fullness of Him who fills everything in every way.” [Eph. 1:23]

This is where the Kingdom reality breaks into view. This is when we understand that we are standing – and have always been standing – on Holy Ground. Each of us carries the Kingdom within. Every one bears the seal of Christ. Every atom and molecule in the Universe are infused with the glory of God. There is nowhere, and no one, separate from God. This is an illusion.

It’s time for us to awaken from the dream of a divided Kingdom, or a divided humanity from our Creator.

Until we fully embrace the notion that the Kingdom is everywhere, and that the notions of “Inside/Outside” are illusions, we cannot see the Kingdom, and we cannot fully realize our true identity as the Sons and Daughters of God.

Our ability to see the Kingdom, and our awareness of who we are at the core of our being, is fundamentally tied to our understanding that duality is a false concept.

As long as we continue to hold on to this misconception of separation between us and God, or between ourselves and other people, we will remain oblivious to the reality of God’s Kingdom and blind to our own identity as the Children of God.

Thank you for subscribing to the new INNER CIRCLE blog series. In the near future, I hope we can schedule a few private Zoom sessions to discuss these sayings and the Gospel of Thomas together.

Watch this space for details. 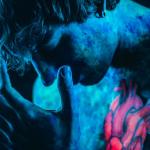 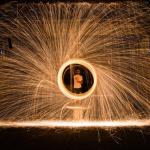 May 4, 2022 INNER CIRCLE: Becoming One And The Same
Recent Comments
0 | Leave a Comment
"Er, I'm kinda Jewish and an agnostic Jew at that. I find God not in ..."
Karen Silver Most Evangelicals Agree: Jesus Is NOT ..."
"Great article, Keith. All the rest of the comments are just rock a roller. :)"
KraigDeKompressorKruncha First Century Deconstruction
"The reasoning for their choosing only four gospels is very interesting to me. I have ..."
Cynthia Brown Christ My Biggest Problem With The Bible ..."
"So Bob, why don't you follow Jesus, "the Word made flesh", who claims ALL authority ..."
Herm Most Evangelicals Agree: Jesus Is NOT ..."
Browse Our Archives
Related posts from Keith Giles 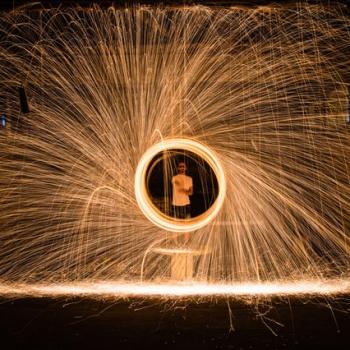