Ken is in the process of creating a new teaching called “The Fourth Turning – Imagining the Evolution of an Integral Buddhism.”  This teaching is being published as videos and an E-book this year and a new full hardcover book in 2015. This blog post is third excerpt of a summary of this new teaching.

So, one of the things we have to be careful about is how we name these levels of development.  Because all lines go through them, we don’t want to choose names that implicitly favor a few lines and ignore others.  As it turns out, it’s actually quite hard to select level names that don’t do that—with up to a dozen developmental lines, almost any name will favor some lines more than others.  So some researchers simply number the levels; others use colors.  I do both, but it’s also helpful to at times have some names for the levels, even if they are slightly biased, because at least names give some information about the particular level, and don’t just leave people guessing what “#3 level” or “red level” looks like.  So with that problem firmly in mind, I’m going to use a variation on the names that a pioneering developmentalist (Jean Gebser) used in exploring worldview lines.  These level names—the names of the levels that all the multiple intelligence lines (including spiritual intelligence) grow and develop through—are: Archaic, Magic, Mythic, Rational, Pluralistic, Integral, and Super-Integral (with the occasional mixture, e.g., Magic-Mythic).

My next points can all be put very quickly, and I think you’ll start to get the picture: Each person has—in addition to the capacity to have direct spiritual experiences, as in meditation—a more intellectually-oriented spiritual awareness called spiritual intelligence.  This intelligence, like the others, grows and develops through an Archaic level, a Magic level, a Mythic level, a Rational level, a Pluralistic level, an Integral level, and a Super-Integral level.  And virtually nobody knows they have this intelligence—they cannot look within and see it, like they can meditative experiences.  But this intelligence will govern all the major ideas a person has about spirituality and what it means.  Structures, it turns out, are how we interpret states (and all other experiences, for that matter).

So you could be a meditator, and you could be at, say, the causal stage.  If your center of gravity is at the structure level of Pluralistic, then you will interpret the experiences of this causal stage in a Pluralistic fashion (we’ll explain more what that means in a moment).  If you’re at a Mythic level, you’ll interpret the same causal stage in a Mythic fashion.  If you’re Integral, you’ll interpret—and experience—the causal stage in an Integral fashion.  And yet none of this will be conscious to you, any more than when you use English, you’ll be aware of the rules of grammar you’re using.  So of these two types of spiritual awareness, one of them is virtually completely unaware to you, no matter how advanced you are in states or in meditation.  It simply won’t cross your mind, although its results will.  The other type—such as meditative experience or states—will be available to your awareness directly, and as you meditate, the whole point is the conscious experiences and understandings of you and your world that you will get at each of the major stages of meditation (e.g., gross, subtle, very subtle, mirror mind, nondual).  And, it turns out, this meditative understanding will be directly related to, and molded by, the structure level of development that you are generally at (e.g., Archaic, Magic, Mythic, Rational, Pluralistic, Integral, Super-Integral).

So the first point about a possible Fourth (or Fifth) Turning is that, unknown to humans generally, everybody has up to a dozen types of intelligence that appear to have evolved over the centuries to deal with different fundamental issues and problems (e.g., “Is this real?”—cognitive; “How do I feel about this?”—emotional; “What is the right thing to do in this situation?”—moral; “What is beautiful or attractive to me?”—aesthetic; and so on).  These cannot be seen by introspecting or looking within; they are not something we look at, they are something we look through.  They are the basic structures that determine how we interpret and experience events, including states.  Although the basic stages of meditation, to the extent they are following the major natural states of consciousness, have a general similarity, individuals at different developmental levels will interpret and experience these meditation realities differently (sometimes slightly, sometimes profoundly).  There are hundreds of studies on these multiple intelligences, their structures of consciousness, and their levels done in the West (although the West is shockingly free of almost any major, widely known, and widely accepted studies of meditation and meditative states of consciousness, including those claiming to disclose nothing less than ultimate reality; the meditative systems, on the other hand, many of which are thousands of years old, have virtually no studies or maps of these structures of consciousness and their levels of development).  It is the lack of these structures and their level-stages in virtually all meditative systems that any major new Turning would want to redress.

To give only one quick example.  Let’s say a person in the West, raised in the Christian faith and still a believer, is undertaking contemplative prayer and their state center of gravity is at the subtle stage—the stage of illumination, insight-awareness, and possible feelings of loving compassion.  Let’s say this person has a dream of a being of light that is radiating loving kindness to all beings.  If this person’s structure center of gravity is at a Magic stage (which, in addition to my general term, is the actual name of this spiritual stage given it by James Fowler, who, in pioneering works such as Stages of Faith, was one of the first to carefully research these levels of spiritual understanding and brilliantly elucidate how each person’s spiritual intelligence develops through 7 major, universal levels or stages, dramatically changing their spiritual views at each major stage—exactly the point I am making), they will, at this Magic stage: still be fairly egocentric (or narcissistic); they will be primarily concerned with their own safety and self-protection; they may have power-drives and power issues.  This person might experience this being of light as being Jesus Christ, but egocentrically, as being loving toward just this one person and this one person alone (if severe, he might even interpret himself as being Jesus Christ—and not his higher or True Self, his ordinary ego).  If the person is at the Mythic literal stage (as James Fowler’s research also specifically called this stage), they will likely: have expanded their identity from egocentric to sociocentric (or identified not just with their individual ego but with a group—a clan, a tribe, a nation, a religion, etc.—in short, a “chosen peoples”); will be able to take a 2nd-person perspective (or “take the role of other”—hence expand to a group identity); will be very conformist (“my country, right or wrong”; “my religion, right or wrong”); will take every word of the Bible and its myths as being literally true—hence, “Mythic-literal”—and also being nothing less than the word of God (Moses really did part the Red Sea; Mary really was a biological virgin; God really did rain locusts on the Egyptians, etc.); belongingness is a deep need for this person.  This individual might experience this being of light as being the savior of his chosen peoples; those who accept this person as their personal savior are destined for Heaven (or a Pure Land), those who don’t are faced with a hellfire future and purgatory.  If the person is at the Rational level of development (which Fowler called “individuative reflective”), they would: be able to take a 3rd-person perspective (and thus accept modern science as valid and important); treat all people fairly, regardless of race, color, sex, or creed; have a worldcentric (not just ethnocentric or sociocentric) identity; be capable of self distancing and self critical awareness applied to themselves and their beliefs (hence the “reflective” part of its name). They would likely interpret this being of light, not as the literal son of an anthropomorphic God but as a humanistic world teacher bringing wisdom and insight still of importance for the world today; one of many such world teachers, each of which potentially has something important to teach us; a belief in this being is not necessary for salvation, but some sort of belief and practice is necessary for liberation; other teachers can deliver a comparable salvation as this being, even though this being feels best for this person.

Use special code PTHEOS when purchasing the Fourth Turning Media Collection and receive a special discount.

February 26, 2014 The Fourth Turning of Buddhism – Part 4 – Developmental Levels – Ken Wilber
Recent Comments
0 | Leave a Comment
Browse Our Archives
get the latest from
New Visions
Sign up for our newsletter
POPULAR AT PATHEOS New Visions
1

3 Daily Prayers for the Spiritual...
Wake Up Call
Related posts from Ken Wilber Wake Up, Grow Up 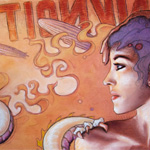 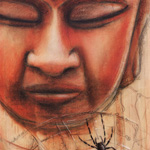 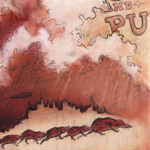