The day I Met Bishop Michael Curry, The Priest of the 2018 Royal Wedding.

“Dr. King was right: ‘We must discover the power of love, the redemptive power of love. And when we discover that, we will be able to make of this old world a new world. Love is the only way.”

This weekend, many of us were stirred in our Spirit during the sermon spoken by Presiding Bishop Michael Curry at the Royal Wedding of Prince Harry and Meghan Markle. The words spoken were pure fire harnessed in one unifying message: Love is the Way. The sermon was cross-platform, applicable to all religions or lack there of. The gospel was spoken. Truth was spoken. The sermon helped me remember my beliefs at the very core of my existence. Beneath the anger, political arguing, and frustration, what has always lived in my heart, since the beginning is love, inclusion, and hope for a new, better world that we can create, together.

Admittedly, I had never heard of Michael Curry until this monumental moment that will undoubtedly join other historic, catalytic events moving progress along for humanity. I was in awe of this fiery, humble, and inspiring preacher. Who is this Episcopalian roof-raiser?

Below is an article written by Rev. Dr. Joy Cooper Heaton detailing the day she met Presiding Bishop Michael Curry, 16 years ago, and the impact this moment had in her journey. She graciously has allowed me to share her beautiful story as a guest post. 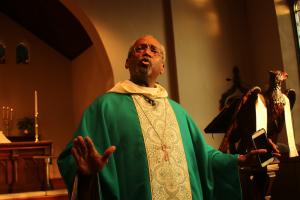 In the early 1960s my wonderful Southern Baptist mother informed me that I was going to be a Sunbeam. This idea terrified me. The only sunbeams I had ever seen were the ones that streamed through the living room window and illuminated air-born dust particles. I had no interest whatsoever in changing from a little girl into a ray of sunlight.

On the dreaded Sunbeam meeting day, I cried as my mother directed me to the car and proceeded to take me to the mysterious sunbeam transformation factory. I thought she was taking me to a place where I would turn into the yellow orb in my coloring book. Little did I realize that becoming a Sunbeam took place at our church.
Upon my arrival the teacher seemed nice, but I was still skeptical when she sang a song about Jesus’ wanting me to be a Sunbeam. Why would Jesus want me to do that? Soon I realized that the sunbeam was a light within me, and I was not supposed to hide it under a bushel. No! I’m gonna let it shine.
I soon began to love being Jesus’ little Sunbeam – a happy ray of light who loved to sing about how much Jesus loved me and how Jesus sends missionaries around the world to help everybody to become Sunbeams. From this very early time in my life I understood that missions was about spreading Jesus’ light of love to dispel darkness in the world.
Thirty-six years later this little Sunbeam received an invitation to participate in the installation service for two missionaries. I was thrilled! Meeting missionaries always made my heart skip a beat. They lived such exotic lives. They traveled to faraway places and wore colorful clothes and told stories about helping people to know the love of Jesus.

On the evening of May 14, 2001, I donned my clerical robe and drove to the church where the installation service was to be held. I was singing the Sunbeam song all the way! I jumped out of my car and hurried to the church parlor where all the ministers were gathering. As soon as I walked in the door, I knew that I had made a terrible mistake. The room was filled with dozens of ministers all wearing white robes.
I stood in awe of the “angels” as I looked down at my pitch-black apparel. Not only was I the sole person wearing a black robe; I also was the only Baptist. Strange as it may seem, I had been invited to participate in the installation service for two Episcopal missionaries – a bilingual priest and a Hispanic layman who were going to begin a new ministry among the migrant workers in the fields behind my house. The mission field was literally in my backyard!
All of the ministers in our rural area were invited to attend the service, but for some reason I was the only non-Episcopalian who showed up. The dozens of priests in the room were from the East Regional Ministry of the Diocese of North Carolina. The Bishop of North Carolina, the Right Reverend Michael B. Curry, was presiding. What made this event so meaningful to me was what happened next.
I walked up to Linda Jobe, the person who had invited me, and said, “I can’t be in the clergy processional – I’m not wearing a white robe, and I’m the only non-Episcopalian here. I’ll just take this black robe off and slip in the back of the crowded sanctuary and pretend to be a layperson.”
“You’ll do no such thing!” Dr. Jobe retorted. “We’re thrilled that you are here.”
For the next several minutes she proceeded to introduce me to each priest individually. Some were young, some old, some male, some female. All of them greeted me with angelic smiles and warm hugs as if they had known me all my life. There was an energy – a light – in the room that defied explanation. It felt like I was in the waiting room for Heaven. All of the priests in their long, white, flowing robes seemed to glow with enthusiasm about the new Hispanic ministry, which they were affirming that day.
At the end of the processional line stood the Bishop, who had the most dazzling white teeth and the warmest embrace of all. He was a flame of holy fire wrapped in a red cape. His countenance was as radiant as the sun.
As I stuttered and apologized for wearing black, he said in a booming burst of laughter, “We’re just so glad that you came. My maternal grandparents were Baptists. I have some Baptist blood in me. Don’t worry about being in black. Black is beautiful!”
Somewhat relieved, I took my place in the back of the line. As we proceeded into the sanctuary, I watched the priests – two by two – some needing help to negotiate the steps, moving slowly past the Hispanic parents holding their children and singing:

Joyful, joyful, we adore Thee,
God of glory, Lord of love;
Hearts unfurl like flowers before Thee,
Praising Thee, their Sun above.
Melt the clods of sin and sadness;
Drive the dark of doubt away;
Giver of immortal gladness,
Fill us with the light of day.

The sanctuary was filled with music being sung in two languages simultaneously. The female and male priests were standing side by side in their glorious apparel. The young and old were holding hands and crying. The children were dancing. The priest and layman took their vows to be the missionaries God had called them to be. The Bishop, who was the first African-American Bishop of North Carolina, beamed as he raised his hands and blessed the diverse flock that followed the Great Shepherd, Jesus.

I started glowing too. Tears streamed down my face. Even my black robe started shining! This black sheep Baptist had been included in the fold. I was different, but I was included. Jesus’ light was shining through me. I was becoming fire – a real Sunbeam!

Perhaps someday my fellow Baptists will be as open to this little light of mine.

Dr. Joy Heaton is the Founder and Executive Director of Just Compassion, a non-profit organization focused on the goal of providing medical and dental care to children in isolated and under-served areas of the United States and internationally.

Image of PB Michael Curry: Beth Crow, Youth Missioner for the Episcopal Diocese of North Carolina and coordinator of  Lift Every Voice 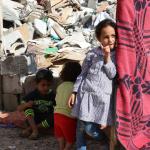 May 14, 2018
Palestinians are in Hell, Fundagelicals Celebrate. This is Why.
Next Post 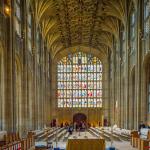 Snake-handling is unwise, but at least...
slacktivist
Related posts from Kimberly Stover 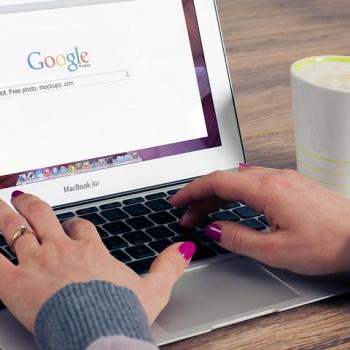 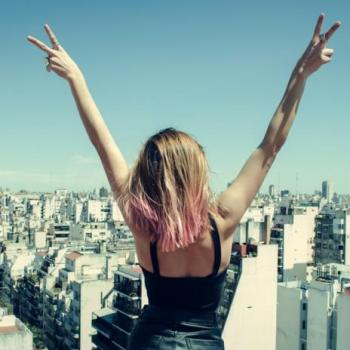 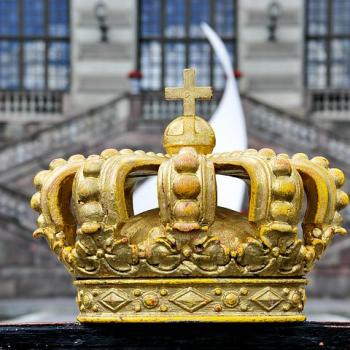 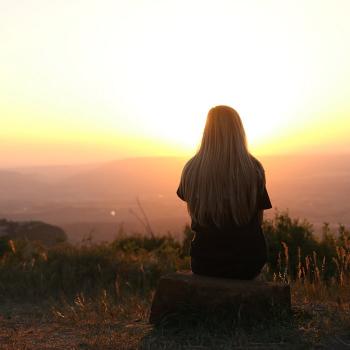