The Executive Committee of the Boy Scouts of America (BSA) is introducing the Christian Nationalism badge which celebrates the wall that surrounds and protects the intermingling of church and state. The badge takes its place in the Religious Emblems Programs which celebrates a scout’s dedication to whatever faith his parent adheres to.

Up  until now each faith had its own emblem that a scout could earn. Zoroastrianism, Islam, Judaism, Mormonism, and the multitude of Christian sects have their own Boy Scout approved symbol and curriculum booklet. It has been seen that the Religious Emblems Programs sums up one of the basic principles of the BSA: A Scout is reverent. He is reverent towards God. He is faithful in his religious duties and respects the convictions of others in matters of custom and religion.

During its latest meeting the Executive Committee realized that while each individual religion is acknowledged, there was a need to fully express the conjoined nature of politics and a Christ-centered religious life. “If you approve of the Supreme Court allowing us to keep out atheists and allowing local troops to discriminate against gays, then you are going to love the Christian Nationalism Program!” stated Nathan Bedford Forest, BSA spokesperson.

Those wishing to earn the prestigious badge must work diligently and complete the rigorous curriculum which includes, but not limited to:

Many parents are excited that the Christian Nationalism Program will immerse scouts in a culture where Obey your parents and Don’t ask too many awkward questions is the rule. “Andy has been watching Myth Busters lately, and that show’s data driven methodology has made that kid uppity. Just the other day he was asking me why the Boy Scouts refuse to release their perversion files. As a scout leader I told him that God, the Catholic Church, and the Boy Scouts of America are protected from the law and common decency,” stated Albert Speer, father and local Scout leader.

Despite all the excitement with its new Christian Nationalism badge, the Executive Committee of the BSA isn’t finished with faith-based innovations. There is talk that a special Sunni-Shia Muslim badge will be introduced early next year. It is expected that the requirements will be very tough for scouts to earn that emblem of honor, but the BSA has made special deals with airlines that will fly scouts directly into Syria. 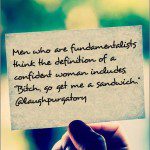 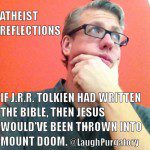