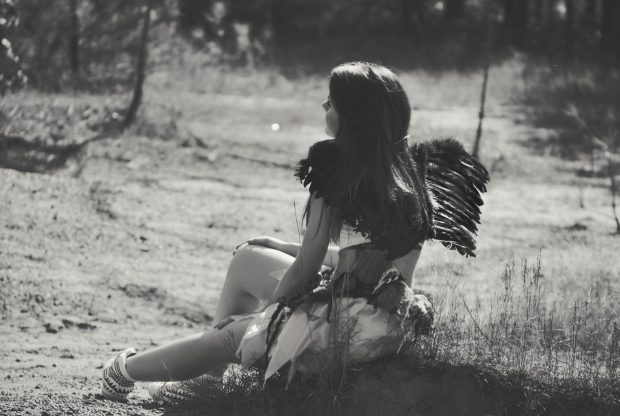 Indianapolis, Indiana Reverend Douglas Bartholomew Longstreet III, CEO in-Christ of Martyrdom for Others Ministries has launched a line of pillows that are stuffed with the feathers from angels. The line of custom designed sleep accessories is innovatively called Angelic Pillows for Sinful Heads.

The pillows had been sold on boutique sites like Etsy for some time. Demand has been slowly growing and now Reverend Longstreet reports that he has been called on by God to offer the divinely soft yet firm head-cushion on the mass market. At the start of next month, Angelic Pillows for Sinful Heads will be offered on such shopping channels like QVC with the good Reverend Longstreet as their pitch person.

“I have seen the glory and that glory has told me to go on live television to sell divinely crafted head paddings for a reasonable price,” stated Reverend Longstreet. “But what price can you put on a miracle?”

It appears that such miracles can range from $39.95 up to $199.95. The wide disparity of costs reflects the order of angel that the feathers have been obtained from. Each pillow is stuffed with one of the nine orders of heavenly hosts. Here are the breakdown in prices.

Preorders are said to be quite healthy.

When asked how the angelic wings were obtained, Reverend Longstreet gave cryptic faith-based answers along  the line of, “through prayer, Jesus’ blood,” and “Angels shed their feathers every six months.”

The Martyrdom for Others Ministries refused to comment when confronted with the recent findings that the pillows are actually stuffed with the feathers of pigeons. A graduate student at MIT ordered a pillow from Etsy and ran tests on the so-called angelic feathers. The findings clearly show that either the feathers are from the common everyday pigeon one can find inhabiting  American cities or angels happen to share the exact same feathers as those flying rats.

Customers seem immune to science and reality-based facts, however. Revenue from the divine pillows in the first week is expected to triple the yearly cash brought in from Sunday services. 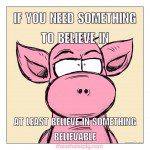 March 5, 2016 The Atheist Pig - Something To Believe In
Recent Comments
10 Comments | Leave a Comment
"" Lighten up Francis ""
Michael Evans Netflix Cancels The Dave Chappelle And ..."
"Wish it was true."
Kanawah Joel Osteen Drowns In His Swimming ..."
"Huh! This is obviously fake. We all know Donald J Trump is the Lizard King."
Gord O'Mitey Tucker Carlson’s Viagra Laced With LSD
""This guy can't take a joke."That would require for you to make one first. But ..."
3vil5triker . Netflix Cancels The Dave Chappelle And ..."
Browse Our Archives
get the latest updates from
Laughing in Disbelief
and the Patheos
Nonreligious
Channel
POPULAR AT PATHEOS Nonreligious
1