Reverend John C. Mitchell of the Warren Avenue Baptist Church in Indianapolis, Indiana told his congregation numbering in the hundreds that they need to spread Jesus’ love as if it was genital herpes.

“It is guessed that 1 in 6 Americans has herpes. I’m telling you now there are more people with herpes in America than Christians who have been infected with Jesus,” stated Reverend Mitchell.

Many of the congregants were shocked to learn that herpes can’t be cured. However, many people who were brought up in a Christ-centered home have turned away from Jesus.

In the middle of  the church service break out groups were organized so people could come up with ideas on how Jesus could become truly viral and never leave a person’s heart once he is  in there.

“I think parents today shouldn’t be sparing the rod so much,” stated 86-year-old Roger Hall. “In my day we were spanked for having the gall for contracting polio. Look at me now, I turned out fine.”

Other suggestions on how Jesus could become an incurable infection included: banning transgendered Islamic public bathrooms, throwing Hillary Clinton in jail, and testing the urine of welfare recipients for Jesus.

Reverend Mitchell finished the sermon by restating how important it was to spread Jesus at every possibility. He suggested that congregants may find it useful to think of Jesus like glitter because glitter gets everywhere whether you like it or not.

“So, Jesus should be like glitter-herpes?” asked six-year-old Andy Canard.

An anonymous public health official mused the Jesus-herpes-glitter sermon was probably the most sex education any of the parishioners had ever received, and real education was the best defense against contracting STDs as well as pathological Christianity. 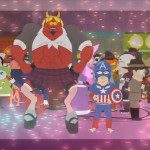 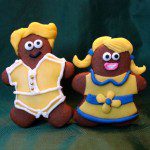 August 15, 2016 George Talbot Is Ready For The Holidays And His Racist Relatives
Recent Comments
0 | Leave a Comment
Browse Our Archives
get the latest from
Laughing in Disbelief
Sign up for our newsletter
POPULAR AT PATHEOS Nonreligious
1