Ten Questions For Atheists – My Responses

This morning I am spending my special time on ten questions a Bible student asked fellow Patheos teammate Amber Barnhill. The student is working on a project about open conversations with nonbelievers or folks from other faiths. Neil Carter over at Godless in Dixie wrote out his responses to said questions. I am going to take a stab at them.

1. Have you ever been to church?

Yes, my mother was the organist and choir director, and my father was a deacon at the church I grew up in. My fondest memory of church was when I was 6 (I think I was 6) and told about the crucifixion in all of its glory. I cried so much my mother had to pull me out of the Sunday school class.

2.  Do you have any Christian friends or family members? If so, what do you think of their faith?

I have friends who are liberal Jews. They get my jokes on how Christians persecuted them for centuries. My children are being raised as atheists. Thank my fictitious God my ex-wife is godless. I believe my ex-inlaws are, too.

3. What do I think of Christians?

Most Christians know precious little about their faith and give it little reflection. The Christians who do know their Bible and are still Christian, well, confuse me. How can you square the death of the firstborn in Egypt? What about hell? Jesus talked a lot about that. I think it’s difficult to be a Christian who knows their Bible and be moral.

4. What do you think about Jesus?

Jesus may or may not have existed. If he did, then what we know about him is from people who were pushing the Jesus brand. I don’t believe there are good primary sources on what he said. Taking that into account, the guy supposedly said some good stuff (not that original when you look at the historical record) like treat others like you would want to be treated. He said some morally suspect things like thinking about a sin is as bad as doing the act. That’s just crazy talk.

5. What do you think of the Bible?

A lot of what’s in the Bible is morally reprehensible. There’s some nice poetry in it. What people have to understand is that the Bible is not one coherent book. It’s a series of books and the idea that there is a coherent theology binding all of them together is absurd.

6.  Has anyone ever preached to you personally?

I had a very good relationship with the minister of my church when I was a teenager. Of course, that was when I was telling people the gays were going to hell. I’ve had many conversations with people online on the topic. I imagine they thought they were preaching to me personally.

7) How would you feel if someone tried to persuade you to believe in Jesus? Would it make a difference if that person were a stranger or if they were close to you?

Let me start with the latter before getting to the former. It wouldn’t matter who was trying to persuade me. It doesn’t matter who is trying to convince me that *blue is my favorite color (it’s not) or 2+2=5. I suppose I just answered the former question, too.

8) What are your biggest objections to Christianity?

I’m not a very good skeptic. I try to be. That means determining what good evidence is and then weighing that evidence to figure out whether or not specific claims are valid.

I try to be a good humanist. That means trying to figure out how to be fair and compassionate in the real world.

Religion gets in the way of that.

9) Hypothetically speaking, if the claims of the Christian faith were proven true beyond a shadow of a doubt, would you become a Christian?

I need an explanation. The explanation I require is the one Job should’ve gotten in that lovely book in the Old Testament. Let me qualify this. The answer God gives to Job as to why the Almighty allowed Job to be tortured and his kids killed was Shut the fuck up. Sit down. I am God. So even if Christian assertions were true, I need to know why God seems to be a fucker.

10. Describe your beliefs about God, salvation, the afterlife, etc.

There’s probably no God. I’m an agnostic atheist. While there can be no definite way to say that there is or is not a God, there probably isn’t any. When you die, you’re dead. It’s kinda like what you experienced before you were born.

*That bit was brought to you by the co-host of the Naked Diner podcast Jack Matirko. 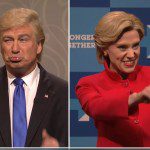 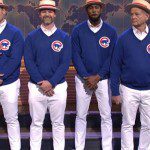 November 7, 2016 Bill Murray And The Chicago Cubs Sing
Recent Comments
0 | Leave a Comment
Browse Our Archives
get the latest from
Laughing in Disbelief
Sign up for our newsletter
POPULAR AT PATHEOS Nonreligious
1 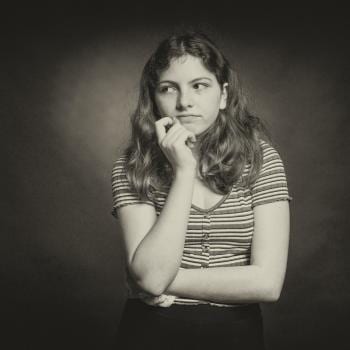 Nonreligious
What Are Atheists Afraid Of?
Laughing in Disbelief 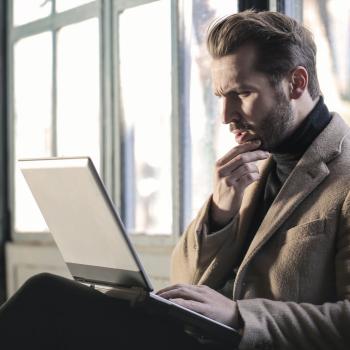 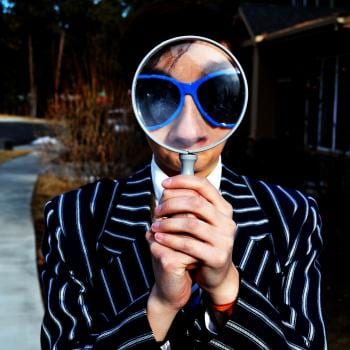 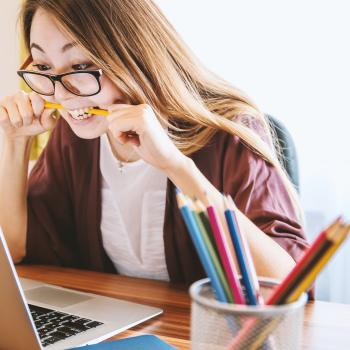 Nonreligious
Atheist Quiz: How Bad A Person Are You?
Laughing in Disbelief
TRENDING AT PATHEOS Nonreligious