Atheist Converts To Christianity After Being Asked “What If You’re Wrong?”

Atheist Martin “Marty” Young converted to Christianity after his neighbor Bob asked him “What if you’re wrong about there being no God?”

The two men were chatting by the fence that separates their two properties. Marty was mowing his lawn, and Bob was weeding his prize winning beef steak tomatoes when the two thirty-somethings took a break. What started out as an innocent conversation about the evils of crabgrass quickly turned serious.

“Marty, we’ve been neighbors for ten years now. I can’t help but notice that your daughter, Abby, is a lesbian. Your boy Stevie is a sissy. Your wife, Mrs. Young, has a reputation for spreading her virtue around town,” Bob observed.

“Yes, that does seem to sum up my horrible family life quite well, Bob.”

“I’ve never seen you at church, Marty. I couldn’t help but notice you celebrating Darwin Day every February.”

“That is correct, Bob. As you know my family and I are atheists. We hate Christmas, and that’s why we celebrate atheist Christmas, i.e., Darwin Day, every February,” Marty replied.

“Since you’re an atheist, you don’t care about what happens to your kids or to that immodest wife of yours,” Bob leaned over the fence to give his next point extra emphasis. “But have you considered everything about being an atheist? What if you’re wrong?”

It hit Marty like a ton of epiphanies. His eyes got that far off look. Without saying another word he left Bob, the fence, and those prize winning beef steak tomatoes and ambled into his house to have a lie down in bed.

Marty grew up Baptist. His parents were God fearing Christians who believed in Genesis, the disciplinary belt, and Prohibition. Marty fell into the wrong crowd during high school. Those punks in the Science Club showed Marty how cool it was to read Richard Dawkins and talk about selfish genes. Soon Marty bought a leather jacket and started rolling his own cigarettes, unlike the Jesus certified ones Dad bought.

It was the Satanic rituals in the basement that caused his parents to throw him out at 17.

Now, in bed and looking at the ceiling Marty reflects on his sinful life. Bob’s words were on repeat in his mind What if you’re wrong?

It must have been all the sin in his heart that prevented Marty from asking that question himself. He could give several theories on why altruism and compassion evolved in humans but never had he considered the implications about the possibility of his being wrong about Jesus.

Jesus said All come to the Father through me. For years Marty made snide comments on Facebook on how non-heterosexual that sounds. Marty wasn’t laughing anymore, however.

What if he was wrong?  If he were wrong, he’d be tortured forever in a hell. If he was going, to be honest with himself being tortured forever didn’t sound nice. Marty had several health concerns and felt sure they would flare up if he were in a lake of fire. His allergies would kick up like the devil.

Marty knelt on the floor and prayed to Baby Jesus for forgiveness. From that day forward he stopped rolling his own cigarettes. After asking his daughter What if you’re wrong? she became straight. After asking his son the same question, the boy started beating up homosexuals.

Marty never asked his wife that question. He liked her dirty ways.

Andy haz funnyz. You should support him here. – Marilyn McFluffypants (my cat) 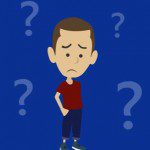 July 16, 2017
The Deconversion Story Of Thomas Westbrook
Next Post 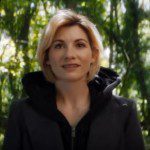 July 17, 2017 What? The Thirteenth Doctor Is A Chick?
Recent Comments
0 | Leave a Comment
Browse Our Archives
Related posts from Laughing in Disbelief