*Reykjavik, Iceland – This island nation situated in the North Atlantic took a monumental leap forward today by passing legislation banning American televangelists. The Icelandic Psychological Defense Act (IPDA) takes effect immediately. No American televangelist may set his or her foot in the small nation of 330,000 souls. No programming by such people may be shown on Icelandic television or played on the radio.

Like most of the world, Iceland is watching the United States of America with growing concern. President Trump won the election in part by blowing demagogic dog whistles so loud even racist German Shepherds across the Atlantic could hear. Many in Iceland wondered if he could’ve won without the support of conservative churches and their faith-based flocks hoping for the biblical apocalypse?

The answer is obvious.

Prime Minister Andrew Kanard touted the IPDA while soaking in one of the many hot springs the country enjoys:

The decision to ship vital resources to the United States is done with a heavy heart. Much needed resources slated for sub-Saharan Africa must now be directed to the country with the most bloated military budget in the world.

“It’s a waste. They are willfully ignorant. It doesn’t matter how many math textbooks you give them. They have the Bible,” remarked one anonymous African politician.

This new action is causing American televangelists to declare a spiritual holy war against Iceland.  Prayer groups are forming to pray-bomb Iceland back into the Bronze Age. If they are successful, then it is expected the country will become the 14th state of the Confederacy.

Iceland isn’t taking those threats seriously. With Trump under siege politically at home, the American President is probably too busy destroying his own country than to attack little Iceland.

Skeptics point out that a lot hinges on that word probably. 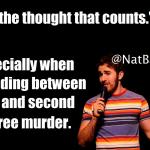 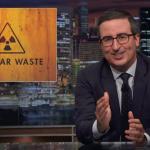