Kafka, Nambia – The capital of this Sub-Saharan country is boiling over with rage. After finally being officially recognized by President Trump on the floor of the United Nations, the rest of the world turns its back on Nambia.

Major fake news outlets like CNN, the failing New York Times, and, yes, even the august the Flat Earth Gazette are incorrectly reporting Nambia is a non-country. Reporters are reassuring audiences that their ignorance of the globe is tiny in comparison to the that of the United States’ Commander-in-Chief.

This tiny nation dubbed the Iceland of Africa is fighting back.

First, Andrew Canard President of Nambia is unilaterally withdrawing from the Covfefe Agreement. Elected officials around the world are unaware of the significance of the 1880 Covfefe Conference that settles the underlying issues regarding world trade, Lizard People immigration, and sweet sweet covfefe.

Second, Nambia is seeking to build closer ties to Donald Trump’s America. Andrew Canard is also Minister of Meandering Waterways and had this to say about reaching out to racist white ‘Merica:

We want the esteemed President Trump’s base to know the people of Nambia are “some of the good ones.” The United States President is the friend of the Nambian people. We wish to be official pen pals of racist white Americans so that they can say they have one black friend.

Third, Nambia is opening the floodgates for Lizard People immigrating to our planet from their homeworld of  Kolob. The government of Nambia then plans to send the aliens to other countries in shipping containers.

The leader of the Baltic country Latveria is taking these threats seriously. Boris, a close confidante of the mercurial von Doom dynasty, says that any and all shipping containers that have aliens in them will be sent back post haste. He also stated he wouldn’t be surprised if an army of Doombots show up in Nambia’s capital city Kafka if the matter wasn’t resolved quickly.

The only other country recognizing Nambia besides the United States is North Korea. While it is nice to have two nuclear-armed allies, Nambians understand the awkwardness that occurs when two close friends squabble.

I’m throwing a birthday bash next month. How the heck am I going to Trump and Kim Jong Un sitting at the same table?” Asked President Canard. “Smashing the piñata open could lead to nuclear war.” 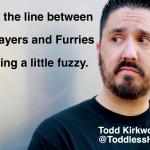 September 21, 2017 3 Joke For Nambia
Recent Comments
0 | Leave a Comment
Browse Our Archives
get the latest from
Laughing in Disbelief
Sign up for our newsletter
POPULAR AT PATHEOS Nonreligious
1

Beach Reach: What It's Really About
Roll to Disbelieve
Related posts from Laughing in Disbelief 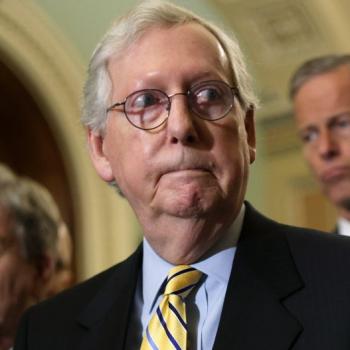