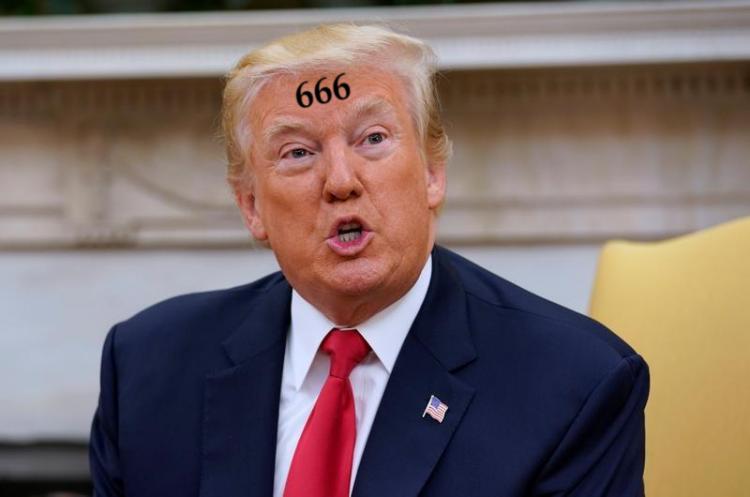 President Trump’s new 666 tattoo is drawing praises from evangelicals around the United States of America. From sea to shining sea fervent believers in the healing power of Christ are congratulating the Commander-in Chief’s bold and brash fashion statement.

“Not many men his age can pull off something like this,” crooned White House Press Secretary Sarah Sanders. “The tattoo shows President Trump’s dedication to the Bible and making sure we are truly a Christian nation.”

President Trump reportedly got the tattoo after a recent gala held for Ambassador Moloch the Insatiable. Anonymous sources state that things got a little crazy after a few Long Island Ice Teas. Ambassador Moloch showed President Trump his body ink depicting the destruction of the Temple in Jerusalem by Roman legions in 70 CE. Trump then fell in love with the idea of getting a tatt.

After combing the DC area, the secret service abducted famed tattoo artist Andrew Canard and brought him to the White House.

It’s a simple tattoo. 666 isn’t hard to draw. What did put a metaphorical ice pick through my eye, however, was trying to get the President to tell me what he wanted. It had to be BIG. It had to be BAD. It had to spit in Jesus’ eye while still appealing to his political base who consider themselves Christians.

Melania Trump absolutely loves the new body art on her husband and is increasing her dose of Valium from 8 mg a day to how many pills she can cram in her two hands. Insiders say it’s only a matter of time before the First Lady gets a matching tat. It’s still an open question whether or not the White House handmaidens will have the honor of getting their very own 666.

Meanwhile, tattoo artists around this great Christian nation are complaining from all the hand cramps they’re getting from doing so many 666 inkings. And it isn’t just the young and insipid getting them either.

“It’s nutty,” explained artist Kammie Mix. “I’m setting up shop for the day in nursing homes because people can’t get enough. I had an eighty-eight-year-old man want a 666 mosaic on his back. That took more than one visit and a lot of social security checks.”

No one knows how long this fad will go on. Seeing that midterm elections are only a year away, Republicans in Congress are seeking to obtain evangelical support. A new bill is just out of committee would mandate anyone receiving government assistance to get a 666 tattoo.

If they want to suck at the government’s nipple, then they’re going to have to stand for the national anthem and have a patriotic 666 tat,” stated an anonymous GOP lawmaker. 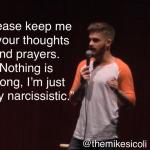 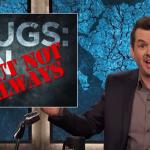