Will Ferrell returned to host Saturday Night Live and so did his impersonation of George W Bush (or as I like to call him Bush the Younger).

I agree with the basic premise of the skit. George W Bush’s memory should not be enshrined as a paragon of capable leadership. It may be an unpopular opinion, but as of right now I think W was worst than Trump. He’s the guy responsible for giving Iraq to Iran, after all. That’s nothing to sneeze at.

I also distinctly remember getting my tax cut check in the mail and wondering Shouldn’t this be going to pay down the debt? The cash is sweet, don’t get me wrong. It just seems irresponsible.

And then the invasion of Iraq Part Deux. I remember hearing that we were invading with the so-called “allies” with about 185,000 troops. That may do the job during the invasion, but didn’t we occupy Japan with 250,000? 185,000 seems thin for an occupation. Very thin, I thought.

This is taken from Vanity Fair’s small article about the sketch S.N.L.: Watch Will Ferrell Bring His George W. Bush Back When We Needed Him Most:

“You think Mike Pence is heartless?” Ferrell’s Bush asked before pointing out that his vice president, Dick Cheney, was “literally heartless.” And while this version of Bush says he would never let Russia interfere with an election, he pointed out that he let the Supreme Court meddle. It’s the more American way to win despite losing the popular vote.

And it’s important to recall that Dick Cheney was the more capable incarnation of  Rasputin cosplayer Steve Bannon. While Steve is more Nazi than Cheney, the latter was far more competent.

In defence (I decided to class up this piece with the British spelling of defense) of those of you who are in the Trump is worse than Bush camp, I will say we’re only one year into Trump’s presidency. He looks like he could do much worse than George W.

Donald J. Trump is a winner and I wouldn’t put money against his final score much lower than W’s. 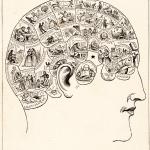