“We see this thing all the time,’ stated Sergeant Andrew Canard of the Cambridge Police Department. “A faithful believer decides to open a book without really thinking about it and this happens.”

No God, No Peace

So far Mr. Thomspon’s descent into atheism has claimed sixteen lives. There seems to be no rhyme nor reason to whom he has chosen to be his victims. However, that is to be expected when a soul loses its intimate connection with the divine. Eyewitnesses to the killings report that the killer’s embrace of godlessness seems complete. One witness states Mr. Thomspon was wearing a Good Without God And Better With Coffee T-Shirt and smoking recreational marijuana while stuffing an as of yet unidentified murder victim’s mouth with unleavened bread dough.

Experts in the scientific study of damnation are quick to point out that things could get dramatically worse.

Atheism Is A Religion Of Death

“It’s only a matter of time before Mr. Thompson starts using female bathrooms,” Pat Robertson of the 700 Club said. “From what the research data shows, the final stage of his metamorphosis will be when he turns into a jihad-loving Islamo-Atheist-Transgendered-Homosexual-Swede.”

Religious leaders are taking to all media outlets to rally everyday citizens and lawmakers to fight the threat of unregulated thought and the horrors that it causes. Preachers teaching the prosperity gospel are touring nursing homes urging residents to give their hard earned money to fight godlessness in all of its forms. Catholic priests are visiting daycare centers and kindergartens to preach the dangers of disobeying traditional authority figures regardless of the dirty, dirty things they ask children to do.

“We have to take a stand for morality. We can’t lose a generation to atheism,” cried out Father P. Dophile from the little boys’ room at Tiny Tots Daycare.

Meanwhile, the crazed serial killer is still at large. There are rumors that Mr. Thompson is currently reading Christopher Hitchens’ book God Is Not Great.  Every God-fearing citizen is terrified at what terrors will be unleashed upon the populace when the killer is finished with that book.

Will the killer be using a fake English accent while committing future murders? 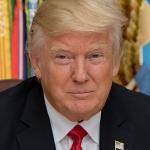 March 8, 2018 New Disturbing Donald Trump Tweets
Recent Comments
0 | Leave a Comment
Browse Our Archives
get the latest from
Laughing in Disbelief
Sign up for our newsletter
POPULAR AT PATHEOS Nonreligious
1

What Is Soft Theism?
This is an interesting change of pace: I recently came across a...
view all Nonreligious blogs
What Are Your Thoughts?leave a comment
Copyright 2008-2020, Patheos. All rights reserved.