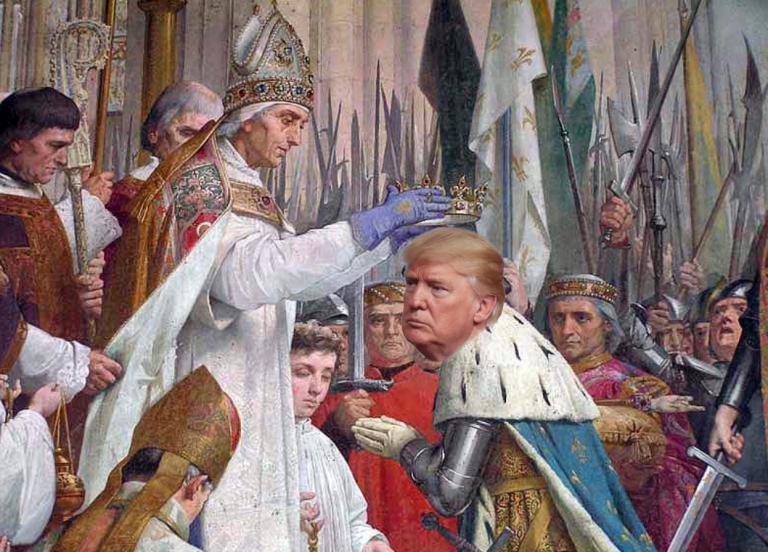 *Washington DC- In a ceremony reminiscent of the days of absolute monarchs, evangelicals crowned President Donald Trump the Lord Protector of the Faith. The event occurred on the White House lawn because everyone involved agreed the best way to celebrate the death of the Republic was under a blue sky.

White House Press Secretary Sarah Huckabee Sanders attempted to calm fears many in the press have about the new royal title. “Everything is going to be fine as you remember to kneel with your right knee,” she stated.

Russian President Vladimir Putin called to congratulate his authoritarian counterpart. The Russian head of state promised a gift but was coy on what it is. Sources state he wants it to be a surprise. Others believe he’s having difficulty picking out the right prostitute for the job.

*Here are other Trump scandals you probably haven’t heard about. 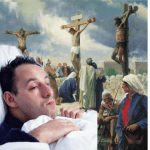 March 29, 2018 A GoFundMe Campaign For A Mexico-United States Border Wall
Recent Comments
0 | Leave a Comment
Browse Our Archives
get the latest from
Nonreligious
Sign up for our newsletter
POPULAR AT PATHEOS Nonreligious
1