President Trump Vows To Deport Puerto Ricans Back To Mexico 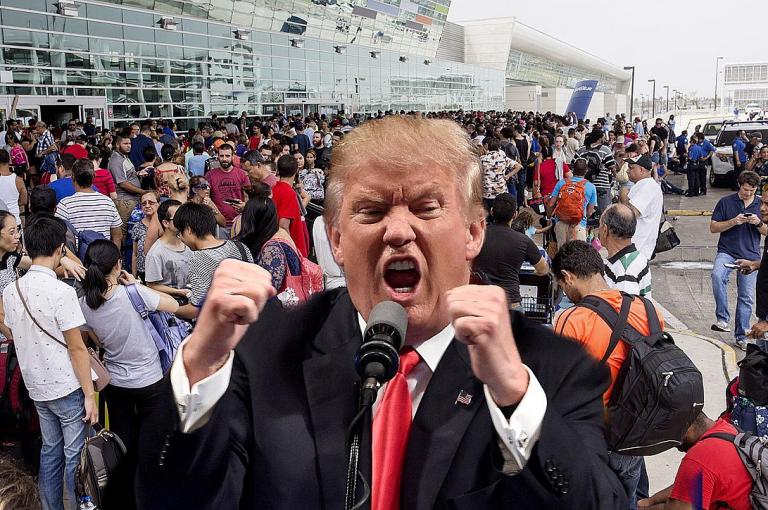 Charleston, West Virginia – President Trump yesterday called for all Puerto Ricans living in the United States and its territories to be deported and sent back to Mexico. He made this extreme statement while addressing a rally for embattled Republican Congressman Andrew Canard of West Virginia’s 33rd District.

Congressman Canard appeared shocked and confused when America’s commander-in-chief said Immigration and Customs Enforcement (ICE) officers should be working day and night to deport “MS-13 animals and all Puerto Ricans back to Mexico where they belong.” An anonymous source in Canard’s campaign reported several staffers had to talk him out of grabbing the microphone and tell the cheering crowd that Puerto Ricans are, in fact, United States citizens.

”You don’t mess with success,” the anonymous staffer said.” If the crowd is loving what the President is saying, then you don’t challenge it. Ever.”

President Trump went on to say the recent Harvard “egg head” study showing the high death total in Peurto Rico from Hurricane Maria was the work of illegals looking for handouts. He asserted those people would sacrifice their own children and grandparents for a few more food stamps each month.

The Republican crowd ate up what President Trump was serving as if it was 2-for-1 Tuesday at the Waffle House. Local Mikey “Pillbilly” Hancock loved how President Trump said what everyone was really thinking. “Why aren’t Puerto Ricans speaking American? What do they think about adding mayonnaise to salsa? I’m angry and a little tired. I want a nap and the universal deportation of Puerto Rican MS-13 badgers.”

White House officials aren’t commenting on President Trump’s newest goal of getting each and every Puerto Rican out of the United States by next Friday. Sources state the US ambassador to Mexico is demanding the Mexican government pay for the cost of deporting the undesirables. “We’re sending them on Mega Bus. It’ll be cheap,” Sarah Huckabee Sanders is rumored to have said.

Mexican officials are saying without reservation they are not paying for Trump’s border wall or Trump branded ethnic cleansing. However, they will accept any and all Puerto Ricans as political refugees.

Many Puerto Ricans are taking the abuses in stride. A recent poll shows 88% believe losing their property and other assets are preferable to living in Trump’s America.

Andrew Hall is the author of Laughing in Disbelief. Besides writing a blog, co-hosting the Naked Diner, he penned a chapter in  Not Seeing God: Atheism in the 21st Century

He wrote two books, Vampires, Lovers, and Other Strangers and God’s Diary: January 2017 .Andrew is reading through the Bible and making videos about his journey on YouTube. He is a talented stand-up comedian. You can find him on Twitter, Instagram, and Facebook. 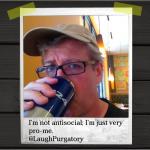