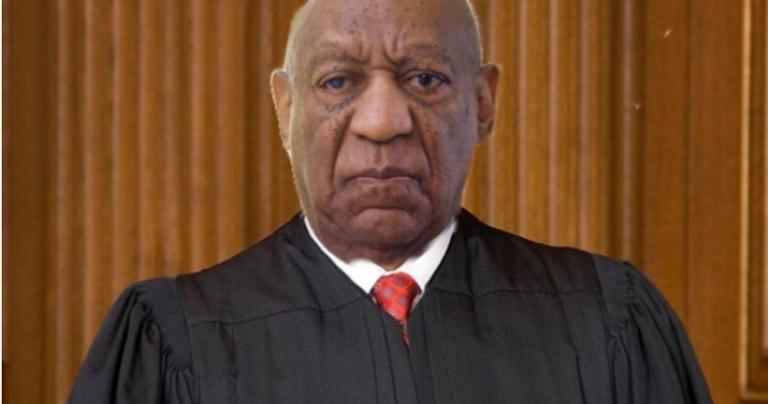 The President decided to revoke his pick for Supreme Court Justice, Brett Kavanaugh. If all goes according to Trump’s new plan, Bill Cosby will soon be sitting on the Supreme Court of the United States.

Up until now, the Republican plan was to support Brett Kavanaugh through thick and thin. The thinking went if Mr. Kavanaugh becomes a Supreme Court Justice, they win. If the Democrats find a way to block the appointment, then they win because the evangelical base will become hyper motivated to vote in the midterm elections. However, it dawned on President Trump by putting Bill Cosby on the bench he will be winning over a small percentage of African-American voters as well as giving a bone to Trump’s biggest supporters — misogynists.

But Is Bill Cosby Qualified?

If the reconstruction of Iraq after the last invasion has anything to show, is that Republicans love putting incompetent people in charge of major operations. Supreme Court Justice Cosby is sure to display the same insight, intelligence, and cunning on SCOTUS that allowed him to drug and sexually assault women for decades without repercussion.

Evangelicals point out Mr. Cosby signed a legally binding document to destroy Roe v Wade as a condition for his pardon. And that means he’s qualified enough for them.

The Democratic Party leadership is pulling out all the stops to stop Supreme Court Justice William Cosby becoming a reality. “I’m writing a strongly worded letter to the editor,” admitted true-blue Democrat Andrew Canard. “But I’m going to keep it respectful. I don’t want to alienate any Trump supporters.”

In related news, women are already lining up at polling stations to vote.

Buy me a coffee (please)

*The idea for this Poe came from Jack ‘Big Satan’ Matirko.

Nonreligious
Trump Tweets 'Foreign Students Can Stay If They're...
Laughing in Disbelief
TRENDING AT PATHEOS Nonreligious