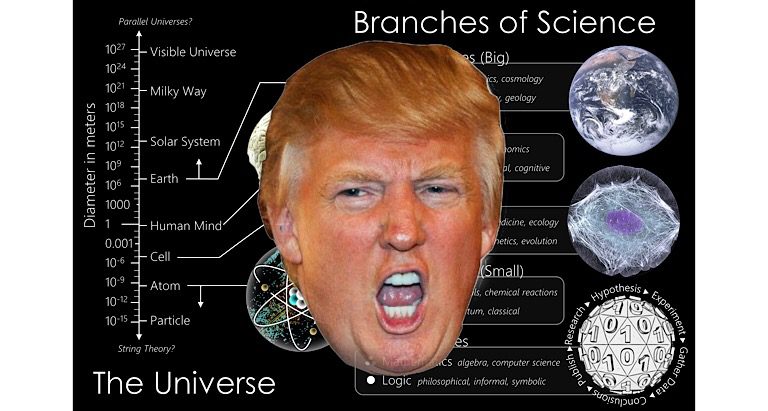 Washington DC – Citing the war against fake news, fake facts, and fake scientific theories the Trump administration cancelled  all funding for the United Nations Commission on Science and Technology for Development (CSTD).

CSTD supplies the General Assembly with fact-based data and scientific insight concerning any and all issues. At any time the CSTD analyzes research on global climate change, global internet threats like the Tide Pod Challenge, and cutting edge solar technology for developing nations.

“If the United Nations didn’t have CSTD, then policy could very well become unmoored from reality,” stated Professor Andrew Canard of the Theological Institute of Technology (TIT). “And I think we all know where that leads us.”

Citing government waste and over spending, President Trump tweet-raged against the twin evils facing America: the United Nations and science. 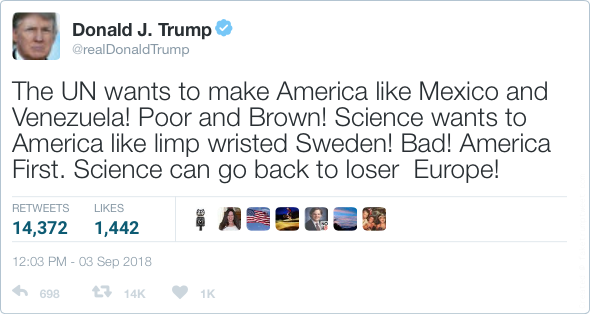 The UN wants to make America like Mexico and Venezuela! Poor and Brown! Science wants to America like limp wristed Sweden! Bad! America First. Science can go back to loser Europe!

Republican politicians are applauding President Trump’s continuing attack against against rhyme and reason. In several midterm races GOP hopefuls are citing the Scientific Method-Reptilian Illuminati as the number one threat. One politician running for public office said, “American know-how and common sense will lick the globalist peer reviewed menace.”

The leadership of the Democratic Party is looking to win as many independent voters as possible. This means reaching out to rural white voters, suburban soccer moms, and the Lizard People. Even though the existence of extraterrestrial Reptillians is a matter of debate, Democrats aren’t taking any chances. “If a Reptilian faces discrimination, then we’re all in danger,” stated Senator Elizabeth Warren of Massachusetts. “We say no to hate and yes to cold-blooded creatures from outside our solar system!”

Political pundits aren’t sure of the Democrat strategy is going to work. However, everyone agrees it will make the midterm elections burn a little funnier. 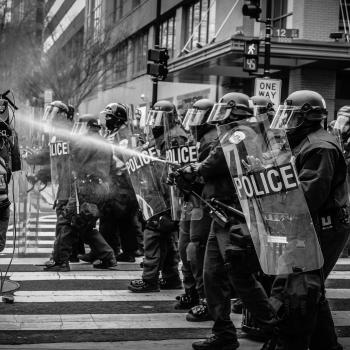 Nonreligious
9 Out Of 10 Aren't Sure Why They're...
Laughing in Disbelief