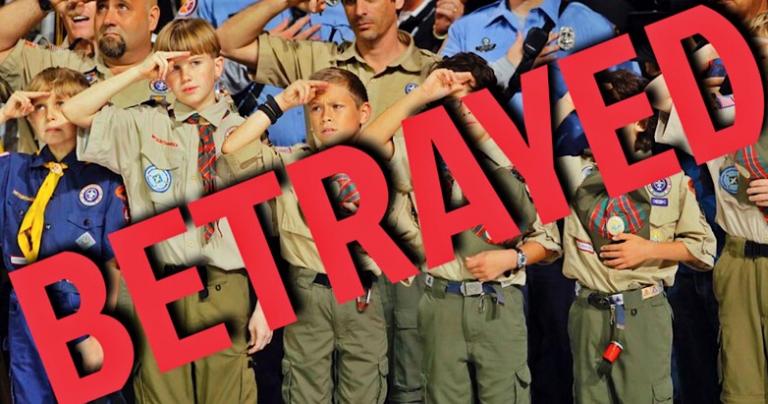 Atlanta, GA – The Centers for Disease Control (CDC) released shocking new findings concerning deadly Christmas trees the Boy Scouts of America are selling to the public. The CDC urges consumers not to buy the trees.

Professor Andrew Canard heads the Consumer Holiday Safety Division (CHSD) of the CDC. “We took data from the field and conducted experiments in the lab. It’s clear Christmas trees sold by the Boy Scouts of America are a clear and present danger to families,” he stated.

But what’s wrong with the trees? The CDC breaks down the health issues into three broad categories.

Up until now syphilis was thought to be a sexually transmitted disease caused by the bacteria Treponema pallidum. ”We don’t know how the trees became carriers of syphilis,” Professor Canard said. “What we do know is if you come into close bodily contact with the Scouts’ evergreens, then you will get syphilis.”

Anonymous sources deep within the BSA report the organization is making efforts to stop the sexual abuse of minors by those in leadership positions. Could this outbreak of Christmas trees with syphilis be a result of those attempts? Only time will tell.

2. Christmas Trees Who Are Members Of MS-13

The gang known as MS-13 are recruiting Christmas trees in record numbers. The gang is targeting evergreens who are from broken families in economically disadvantaged areas. “FOX News is right, MS-13 are a bigger threat than global warming and Russian collusion,” Professor Canard mused. “And now these gangster trees are in countless suburban homes. Won’t anyone think about the children?”

The Boy Scouts of America are responding to this new threat by checking every single tree for MS-13 tattoos.

It’s well known atheists are not welcome in the Boy Scouts of America. The Friendly Atheist reported this sad fact back in June:

They refuse to allow open atheists in their group in any capacity. (Because building a car for the pinewood derby and learning how to tie knots requires belief in some higher power…) They point to the Scout Oath, which includes the phrase “I will do my best to do my duty to God,” and the Scout Law, which includes the goal of being “reverent” to God, as justification for the exclusion.

Officials from the Boy Scouts believe many Christmas trees knowingly lied about their personal relationship with the Almighty. The Boy Scouts are sending out teams of Inquisitors to “discuss” the matter with trees already in homes. “We know these trees are going to read The God Delusion and God is Not Great to these young kids,” an anonymous official stated. “That’s what we’re fighting against.”

President Trump is supporting the BSA, and hopes someday Christmas will be safe for Christians.

December 3, 2018
Ivanka Trump Rushed To Hospital Due To Facial Injury
Next Post