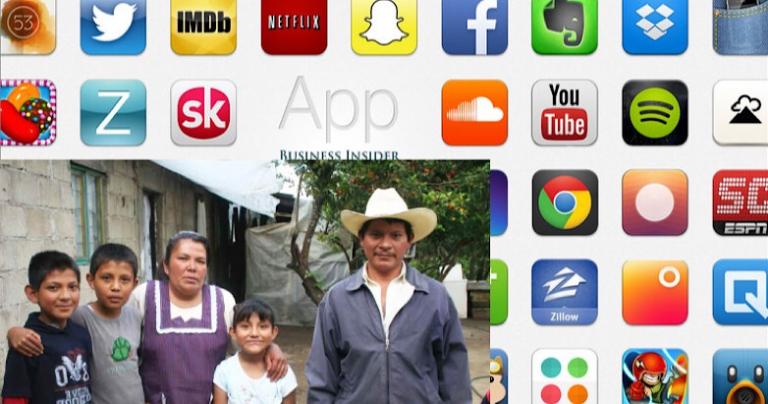 Washington DC – The Immigration and Customs Enforcement (ICE) released a new app for iPhone and Android. Dubbed These Aren’t People. These Are Animals (TAPTAA) app, it allows users to immediately report “suspicious persons” to ICE.

Before TAPTAA Americans could call ICE anonymously. The wikiHow article How to Report Illegal Immigrants Anonymously explains part of the process:

Get as much information as you safely can. Without any sort of concrete evidence pointing to the fact that the person you’re reporting is in the country illegally, it’s doubtful ICE will investigate the person.

“With TAPTAA the process is done with a few clicks on your phone,” explained the developer who created the app, Andrew Canard. “The scroll down menus are a godsend to real Americans wanting to make a difference.”

Not only does the ICE app streamline law enforcement’s apprehension of illegal immigrants, but it provides incentives for users. Here is a short list:

With the new app, ICE officials are expecting a welcomed surge of fascism and hysteria.

December 9, 2018 Donald Trump Replaced Krampus In Annual Krampus Run
Recent Comments
0 | Leave a Comment
"The common sentiment on the street is that whenever the United States is undergoing a ..."
Raging Bee Iraqis Terrified Of Another US Invasion ..."
"Ivanka might think shes a princess but in reality she could star In her own ..."
Krista Taylor Ivanka Trump Is Disney’s Newest Princess
"Your headline said he'd be teaching "in Dalek," which I thought meant he'd be teaching ..."
Raging Bee Georgia Teacher Teaches Class In Dalek
"At least he did not go all sexist and come to school as a CyberMAN."
Cozmo the Magician Georgia Teacher Teaches Class In Dalek
Browse Our Archives
get the latest from
Laughing in Disbelief
Sign up for our newsletter
POPULAR AT PATHEOS Nonreligious
1