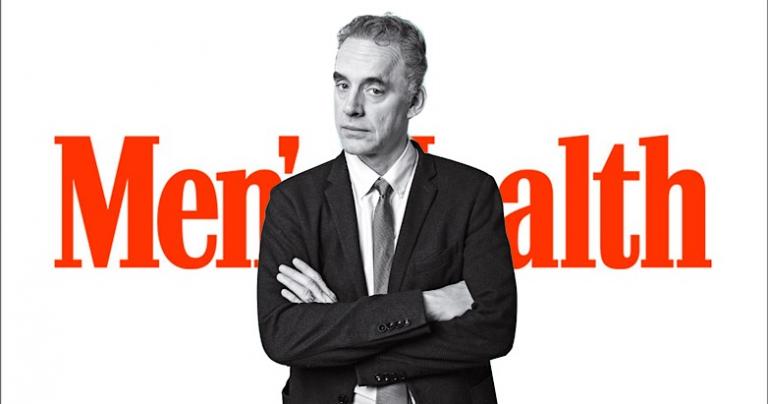 Men’s Fitness Journal is suing Professor Jordan Peterson, the famed academic, public speaker, and author of the best selling book 12 Rules of Life. The monthly periodical which bills itself as the source for men to stay physically and mentally healthy states Professor Peterson stole information and repackaged it for his book and consequent speaking tour.

Andrew Canard is CEO of Men’s Fitness Journal. In a written statement he wrote:

Professor Peterson obviously took much of his material for the 12 Rules from articles in Men’s Fitness Journal. Our periodical consistently recommends to men how important it is to get a good night sleep, eat well, keeping up with adult daily living skills (making your bed, etc.), and standing up straight. The only thing Peterson did was to take our information and put a veneer of gobbledygook over it.

An outraged Peterson fired back on *Twitter The dominance hierarchy transcends
intricate creativity! Fans of Peterson immediately started the hashtag #LetMyLobsterGo. #LetMyLobsterGo is dedicated to putting pressure on Men’s Fitness Journal to drop its lawsuit.

Insiders note the controversy will more than likely increase the money Professor Peterson is getting from his fans. Not only will he get more cash, but the Canadian academic started taking Bitcoins and other creative gifts from his acolytes. “I sent him a chicken,” remarked superfan Nathan Bedford Forrest. “Betsy was my prized Rhode Island Red, and a champion egg layer. I brought her up good. I’m hoping Jordan will appreciate her submissive feminine nature.”

Mr. Canard refuses to drop the lawsuit. He states Professor Peterson took the common sense wisdom found in Men’s Fitness Journal and profited from it. “I heard he’s now writing fortune cookies using our material,” he stated. “The insanity needs to stop now.”

Peterson *shot back on Twitter Culture is nested in the doorway to facts, roughly speaking!

*Brought to you from the Jordan Peterson quote generator.

January 1, 2019 Donald Trump’s Diet And Exercise Plan For 2019
Recent Comments
0 | Leave a Comment
Browse Our Archives
get the latest updates from
Laughing in Disbelief
and the Patheos
Nonreligious
Channel
POPULAR AT PATHEOS Nonreligious
1