A new study from the University of Melbourne in Australia finds those who self identify as fans of noted author and psychologist Jordan Peterson are more likely to be suffering from the mental illness known as apophoneia.

But what is apophenia?

MedineNet.com defines the condition as:

In psychology, the perception of connections and meaningfulness in unrelated things. Apophenia can be a normal phenomenon or an abnormal one, as in paranoid schizophrenia when the patient sees ominous patterns where there are none.

In the case of Jordan Peterson’s fans, their ability to gauge the worth of his statements is quite impaired. Take this pearl of wisdom as an example:

Income inequality is increasing, and you might ask yourself: ‘Why is that?’ Well, that’s what income does.“

Even though such logic has more holes than Swiss cheese, Peterson’s fans devour it, and use it to rationalize everything from tax cuts for the wealthy to cutting in line at the deli counter because, heck, that’s what privilege does.

The study’s experimental design was simple and elegant:

The researchers carried out two studies that involved 297 college students, who had to read and rate various statements – some of them genuinely profound, some more everyday, and others high in pseudo-profundity. If you’re wondering, examples of such included gems like “Hidden meaning transforms unparalleled abstract beauty” and “Wholeness quiets infinite phenomena.”

Those subjects who scored high on the apophenia scale considered the bogus statements to be “Wisdom for the ages” and “They should have these written on fortune cookies.” Researchers discovered a high positive correlation between apophenia/fortune cookie wisdom and the degree of Peterson fanboyishness. Interestingly, the less one understands what a run on sentence is, the more likely they are to have read all of Peterson’s works.

Andrew Canard is a Professor at the Theological Institute of Theology (TIT) and studies the Peterson phenomenon. “Peterson fanboys are one half Lost Boys from Peter Pan and one half Dunning-Kruger Effect,” he mused. “What’s sad is Peterson restates life hacks found in men’s fitness magazines, wraps them up in mythical mumbo-jumbo, and Tyler Durden wannabes lick it up.”

Researchers from the University Of Melbourne next plan to run a double blind experiment to see if liquid water is indeed wet. 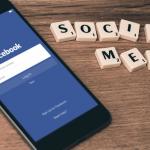