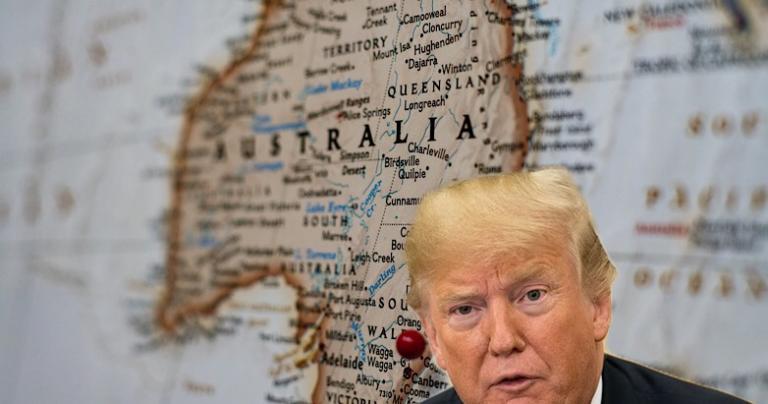 Washington DC- President Trump called a press conference today and restated his position about shutting down the federal government because he didn’t get the funding for his border wall. Addressing the room full of reporters he said, “America the big. America the beautiful. America needs a Great Barrier just like Australia.”

The president went on it say Australia is a shining example how “white people tamed a hostile land full of kangaroos” and “the Great Barrier was the tool that did it.”

Reporters looked at each other knowingly. Even a year ago such a comment by President Trump would have caused shock and dismay. However, in 2019 President Trump thinking the continent of Australia is encircled by a man-made wall is simply par for the course. “I bet he thinks koalas constructed it,” one reporter whispered.

White House insiders report an intern scribbled a note on a scrap of paper. He intended to inform the commander-in-chief of one of the world’s largest stockpiles of nuclear weapons that the Great Barrier isn’t a wall. Rather, the Great Barrier Reef is a natural structure off the eastern coast of Australia. It’s home to a variety of aquatic life that right-wing policies are quickly destroying.

Andrew Canard is the White House staffer officially in charge of corralling interns. He saw what was happening and stopped the intern. “New people always want to save the President from himself,” Mr. Canard stated. “Interns don’t realize this kind of lunacy got him elected in the first place. Geography doesn’t matter. Logic doesn’t matter. And facts were ritually killed on the first day in office.”

Mr. Canard then went to the men’s room where he could cry in private.

President Trump ended his speech by hinting if the government doesn’t fund the wall, then private businesses will. “The NRA cares about security,” he stated. “Right now they’re melting down plowshares and making them into Ar-15s and building materials for the wall.” 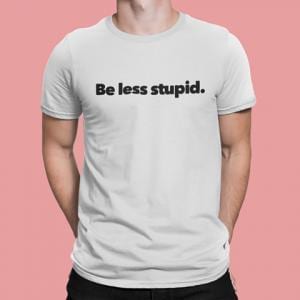 January 4, 2019 The Liberal Redneck Deconstructs President Trump’s Wall
Recent Comments
0 | Leave a Comment
Browse Our Archives
get the latest from
Laughing in Disbelief
Sign up for our newsletter
POPULAR AT PATHEOS Nonreligious
1