Trump Asks New England To Join America Due To Brexit 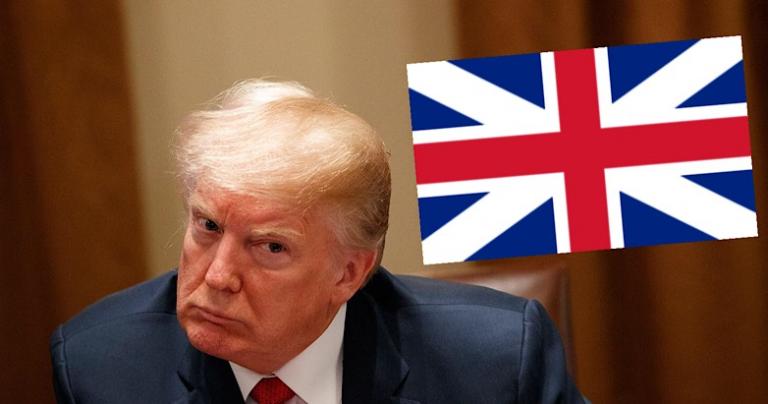 Washington DC – President Trump officially asked ‘New England’ to join ‘America’ due to Brexit. The President made it clear America would accept it with open arms. New England won’t have engage in any ‘weird stuff’ the French, Germans, and Australians were trying to make it do.

Anonymous White House sources had no idea President Trump was going to make the overture. There is an active debate whether or not President Trump believes the United States makes up ALL of North America or perhaps he believes Vermont is a mythical place like Narnia or the country where trickle-down economics actually works. Regardless, none of the staffers are going to have that conversation with their boss.

The US Military Is Worried

The military is growing more and more concerned about a president who is at best mercurial and at worst a Russian spy who has a kindergartener’s understanding of world geography.

The recent CNN story Trump is fraying nerves in the Pentagon tells the story:

Early on many military officers were hopeful about Trump. It appeared he was willing to give the military more autonomy and not micromanage as many troops felt President Barack Obama had done. But they also learned their new commander in chief was impulsive. One of the earliest indications was when he suddenly, via a tweet, said the military would no longer accept transgender persons in the services. It led to immediate court challenges and a months’ long review by the Pentagon.
Trump also suddenly said he would stop large scale training exercises on the Korean peninsula, something commanders behind the scenes were not ready for. But even as examples have built up over the last two years, it’s what has happened in the last two months or so that is driving the conversation inside the ranks.

The Prime Minister of Great Britain Theresa May sent an official letter in response to President Trump’s most recent word salad.

Twas brillig, and the slithy toves
Did gyre and gimble in the wabe;
All mimsy were the borogoves,
And the mome raths outgrabe.

“Beware the Jabberwock, my son!
The jaws that bite, the claws that catch!
Beware the Jubjub bird, and shun
The frumious Bandersnatch!”

He took his vorpal sword in hand:
Long time the manxome foe he sought—
So rested he by the Tumtum tree,
And stood awhile in thought.

And as in uffish thought he stood,
The Jabberwock, with eyes of flame,
Came whiffling through the tulgey wood,
And burbled as it came!

One, two! One, two! And through and through
The vorpal blade went snicker-snack!
He left it dead, and with its head
He went galumphing back.

“And hast thou slain the Jabberwock?
Come to my arms, my beamish boy!
O frabjous day! Callooh! Callay!”
He chortled in his joy.

’Twas brillig, and the slithy toves
Did gyre and gimble in the wabe;
All mimsy were the borogoves,
And the mome raths outgrabe.

Many in Great Britain believe this letter makes far more sense than those who voted for Brexit.

The six states that make up the geographical area known as New England are keeping a low profile. Sources state they are waiting for President Trump to find some other topic to rant about. Even conservative New Hampshire is taking that strategy. The Granite State reportedly is on a two-week bus tour of Canada.

Experts believe this is the wisest choice.