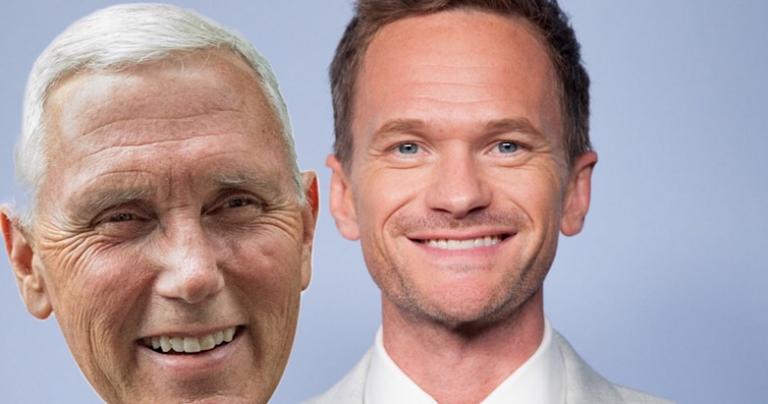 Washington DC – Vice President Pence came out of the linguistic closet today when he refused to utter the words Homo sapiens.

He was the keynote speaker at the Conference of American Scientists. Insiders state President Trump specifically sent him there to get him out of the White House. “President Trump thinks he’s a downer,” an anonymous source stated. “It weirds him out when Pence calls his wife Mother.”

During the meet and greet Professor Andrew Canard from Taradiddle University asked Pence if he knew the proper scientific classification of humans. Friends of Canard report the professor didn’t like Pence’s speech about Adam and Eve.

A visibly irritated Pence reassured Canard he knew what the term is. However, the Vice President added, “I dislike the term. I find it unnecessarily sexual.”

The comment drew attention from nearby scientists. An emboldened Professor Canard quipped, “Well, can you tell me the word signifying when two words sound the same but have different meanings?”

“A homophone !” someone in the back yelled.

“What’s the mathematical term for containing terms all of the same degree?” Professor Canard queried.

“Jesus has no use for suggestive words,” Pence replied.

Pence panicked. Pushing himself through the ring of irate scientists, the Vice President of the United States of America ran towards the door.

”You can’t hide! Even your milk is homogenized!” someone yelled.

Pence never made it to the exit. He collapsed under the years of repressing his lusty testicular desire for Neil Patrick Harris.

Vice President Pence was taken to a nearby hospital. He is currently in stable condition.

March 22, 2019 Trump Tweets ‘John McCain Will Always Be Chumbs Down’
Recent Comments
0 | Leave a Comment
"Calling it "propaganda" doesn't really work if you can't actually show where it's wrong or ..."
Raging Bee Teen Vogue Cancels Representative Matt Gaetz’s ..."
"I love how Baby Falwell is now calling the college he founded a pack of ..."
Raging Bee Jerry Falwell Jr Sued For Stolen ..."
"Farting next to mask nazees is rather entertaining"
Wfeather1940 Fined For Farting
"After passing gas in his general direction, Mr. AB should have added, "Your mother was ..."
digital bookworm Fined For Farting
Browse Our Archives
get the latest from
Laughing in Disbelief
Sign up for our newsletter
POPULAR AT PATHEOS Nonreligious
1