Washington DC – A new scandal is rocking the White House and the Trump administration. The Flat Earth Gazette published love letters from the First Lady of the United States, Melania Trump, to Russian President Vladimir Putin.

The Gazette published all thirty-two epistles. The letters paint a picture of an ambitious woman with love on her mind.

At first, Mrs. Trump appears to be vacillating between being an agent of her husband’s business interests and fangirl of Putin:

Donnie asked me if I thought you were going to green light Trump’s Joseph Stalin Casino. I told him I’d ask you myself.

How is Russia? Did you know the letters K-G-B are my favorite?

As Putin and Melania Trump exchanged more letters, the tone changed from fangirl to frisky.

Why is Ivan remembered to be Ivan the Great? What did Peter do to be Peter the Great? Ivan never had nuclear weapons. Peter never not manipulated stupid Americans to vote in an Orange Head.

You know, I’ve told Donnie to shave head. Cheeto hair is no good.

The last letter paints the First Lady in the most questionable light:

I love how you make puppets dance on strings. It makes me think of the days when I was a little girl in Slovenia. I used to play with kitten by tying strings on legs and making it dance.

I tell Americans that story, and they look at me like I’m pickled kitten paws (which are delicious, the way!).

But you understand me.

Enclosed are the nuclear launch codes like you asked.

The Flat Earth Gazette has had a good relationship with President Trump. They supported him during the 2016 campaign after he came out as a flat-earther. However, the editorial staff states they couldn’t bury the story no matter how much The National Enquirer offered to pay them.

The White House has yet to comment on the scandal. 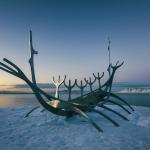