Orlando, Florida – President Trump kicked off his reelection bid at Orlando’s Amway Center promising he will “erase Obama’s legacy in the second term of office.” He continued to say Obamacare will be forgotten and no one will even remember Obama being President.

Here is an excerpt from Trump’s speech:

In my second term, I will undo everything Barack Hussein Obama has ever done. No one, and I mean no one, will remember his Presidency. I will fly into space and spin our great planet Earth in the opposite direction so fast we will travel back in time. No Obama.

The crowd erupted with applause with Trump’s time travel plan to thwart Obama’s mechanizations. One supporter said, “That man up there is gonna save my job, my kids from YouTube, and America from history.”

Some unbelieving liberal critics are quick to point out President Trump is stealing a plot device from the original 1978 Superman: The Movie. In a desperate move to resolve storylines, the writers decided to have Superman spin the planet backward. In doing so, time is spun in reverse thereby saving Lois Lane.

Andrew Canard is a new analyst at the prestigious think tank The Canard Institute For Higher Prevarication. “I thought President Trump promising to cure cancer was a whopper of a lie. Flying into low Earth orbit and making the planet go back to a time before Obama was President is something only an idiot would believe.”

Leading evangelical voices point out if Jesus were alive today he would teach even a mustard seed of faith could move mountains and spin the Earth backwards.

No one knows what other campaign stunts President Trump has up his sleeve. Some believe he’s traveling to the beach on July 4th to fight hand-to-fin with a Great White Shark and save the good people of Amity Island. 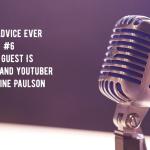 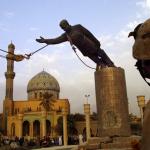 June 21, 2019 38% Of Americans Think Trump Is Invading Iraq
Recent Comments
0 | Leave a Comment
"Oh, gee where do you did that estimate of police interactions or did you make ..."
Medalcollector Repeal The Second Amendment With Professor ..."
"Jeez, I wonder if I should take some of that thar Ritalin, eh? I do, ..."
Gord O'Mitey Ben Shapiro Takes His Ritalin And ..."
"It's wonderful to hear that Mr Shapiro has been treated successfully, and certainly ADHD is ..."
Griff Pryce Ben Shapiro Takes His Ritalin And ..."
"53.5 million police interactions with civilians a year, so exactly how many incidents of police ..."
Wfeather1940 Repeal The Second Amendment With Professor ..."
Browse Our Archives
Follow Us!

Nonreligious
Trump Tweets 'Foreign Students Can Stay If They're...
Laughing in Disbelief
TRENDING AT PATHEOS Nonreligious