“We spared no expense in providing amenities for our honored guests,” said Liberty University president, Jerry Falwell, Jr. “Godly people shouldn’t have to settle for anything less than the best. Except Jesus. …But that was a different time.”

Presentations began Friday evening and continued through a to-capacity worship service Sunday morning, with tickets on sale throughout the event. Among the highlights of this year’s conference were speeches on materialism, the changing face of theft, and the importance of transparency.

“As Jesus said, we’re fishers of men,” said Committee chairman Paul Chelm, who attended this year’s conference with blushing new bride Britni. “But you can’t live off men alone, as much as the gays would like to believe otherwise. But just give God the opportunity, and he will provide!”

Based on the performance of previous conferences, it’s estimated that God provided something in the vicinity of six figures – entirely non-taxable – for the Committee’s cause, the righteous enlightenment and education of pluralistic youth.

“We’re called to put the children first,” said event organizer Alan Reed. “There’s no denying that they are the future and if we don’t do something to pen them in, we’ll all come to regret it. Especially their parents.”

Indeed, advancing the gospel has always been the self-described “crusade” of the Committee and its guests. As in recent years, this weekend’s conference focused heavily on overcoming doubt in the Information Age.

“Faith is the evidence of things unseen,” said guest speaker and wandering preacher Anthony Castello. “But kids these days think they know so much because of the Google. You can’t rely on faith alone to put a stop to questions.”

As the Committee’s name implies, pluralism – defined as “a state of society in which members of diverse ethnic, racial, religious or social groups maintain and develop their traditional culture or special interest within the confines of a common civilization” – has long been a core issue. Guest speaker Doctor Rachael Wilson spoke to these concerns in her lecture “The Dangers of Diversity.”

“We make an effort to reach out to everyone in God’s kingdom,” said event coordinator Mason Krimple. “It doesn’t matter who you are… just what you believe and how you act and what you do.”

However, the conference’s most honored guest was Committee founder Lee Eams, who celebrated his ninety-seventh birthday in May.

“We’re so blessed that Mr. Eams was able to travel this year,” said Chelm. “When he had his seventh stroke, we were afraid he was headed for his glorious reward.”

Unfortunately, this year’s event lacked a keynote speaker, the scheduled guest Dr. Phillip Landau being unable to appear due to persistent allegations of sexual misconduct and wire fraud. At press time, Dr. Landau seemed optimistic about his chances of headlining next year’s conference, pending parole. 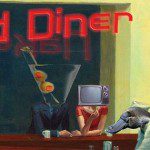 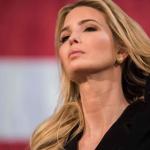