LAKEWOOD, CO – Colorado is no stranger to dessert-based controversy. Masterpiece Cakeshop owner Jack Phillips found himself in the public eye on several occasions for refusing to take part in gay weddings. The Virgin Mary, however, had no such problem making an appearance – even if she didn’t RSVP first.

“At first I thought it was just a trick of the icing,” said Gary Epstein, owner of the Give and Cake bakery. “But there’s no denying the glare of a Jewish mother.”

Ordered by Harry Robbins and his husband-to-be Lance Kelley, the cake was the standard marble affair, until the Mother of God manifested in the chocolate bits. Her appearance stirred an immediate debate about not only her stance on same-sex marriage, but also her ethnicity.

“Black, white, or purple, I don’t care,” said Kelley. “I just don’t want her weeping all over the decorative piping. Her sugar daddy [God] can make her an infinite number of cakes. Why ruin mine?”

Naturally, the substantiation of a metaphysical figure in a religio-political hot-button setting such as this raises a number of concerns. The wedding party and clergy held vastly different views on which were the most pressing.

“When Harry said the Madonna had come, of course I thought he meant ‘Like A Virgin’ Madonna,” said best man Peter Lawson. “And I suppose he sort of did. To say I was disappointed to find some first century matron in a tacky hood is an understatement.”

Revered by millions of Catholics around the world as the Mother of God, the local diocese rushed an expert on Mary sightings to the scene.

“I was watching my stories when they called,” said Father Otis Humphrey. “Something about a gay cake with a woman in it. At first I thought, ‘I bet a cake with a lady inside is pretty happy!’ Then they called back and said, ‘Get down there, now, you idiot, it’s Mary!’ Didn’t sound like a Mary, though. Sounded like a Jim. Or a James. Whatever those people call themselves nowadays.”

Despite his years of service as a papal pastry pontificator, Father Humphrey was unwilling to issue a formal confirmation as to whether or not the vague shape of a woman’s head was actually the Blessed Mother. Several samples did nothing to sway the priest’s opinion, but others weren’t nearly so hesitant to cast the first sneer.

“This wouldn’t be a story if it weren’t for the media’s love affair with Catholics, gays, and fancy cakes,” said Larry McBride, owner of rival bakery Tiers of Joy. “I’ve eaten Jesus. He appeared in my toast and I ate… What I’m trying to say is that this isn’t news.”

Over the course of the night, Mary’s visage slowly began to change as her reservations melted away and a good time was had by all in attendance. Perhaps in the end, her appearance stood testament to the fact that no one really has any control over where life or death will lead. 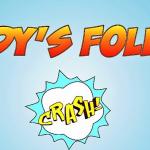 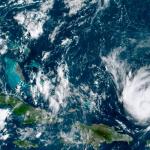 August 30, 2019 Trump To Fight Hurricane Dorian With A Wall Of Paper Towels
Recent Comments
0 | Leave a Comment
Browse Our Archives
Follow Us!