Why I Made The Krabby Supreme (Double Fried Quadruple Burger) 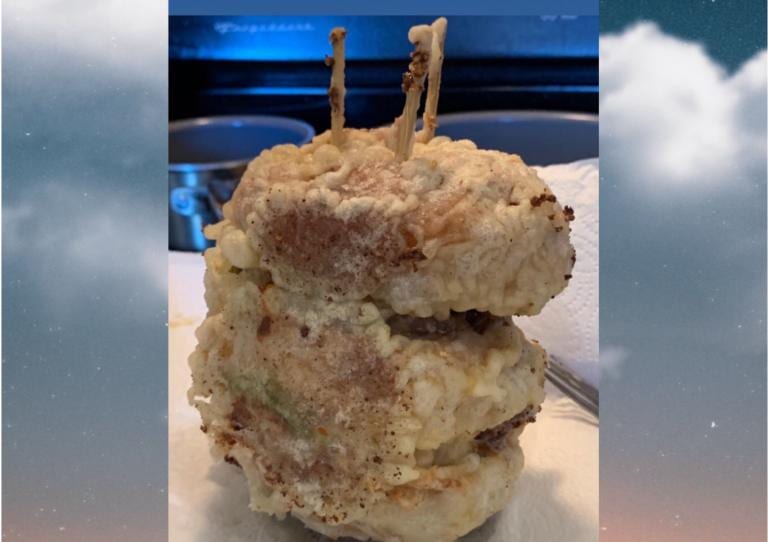 I got the text from my fourteen-year-old about two weeks ago. It was a simple message. WE HAVE TO MAKE THIS.

Simple messages can be the door to not so simple adventures.

Attached was a video. For those of you not on YouTube too much, the channel Binging with Babish is a rabbit hole of How to make food you that haunts your darkest nightmares. This particular video Binging with Babish: Krabby Supreme from Spongebob Squarepants featured a double breaded/double-fried quadruple cheeseburger featured in the aforementioned animated show.

My kid wanted to make it. And if you’re a parent, you probably understand that means I want you, oh father, to make it while I watch anime on your big screen TV.

Of course, my child is, well, my child. And that means they have the tastebuds of a crew member of the Mayflower. The kid doesn’t like spicy. I didn’t like spicy (or soda until I was an adult — carbonation was the Devil’s work) at their age either. My kid not liking spicy means they don’t trust new food (because it could be spicy). That special sauce in the recipe could not be trusted. My girlfriend got conscripted into making said sauce with the agreement it would be served on the side.

Here is the sandwich that launched a thousand heart replacements.

And, yes, you did hear me correctly. The next generation of The Krabby Supreme will feature donuts.

I only had a quarter of the Krabby Supreme. And that was enough for me. The secret sauce was fantastic.

If you plan to prepare this monster yourself, I have a few recommendations:

Why did I make the Krabby Supreme? Out of all the places I bring my kid and all the things I do for them the one thing they’ll remember above all else is that stupid sandwich. 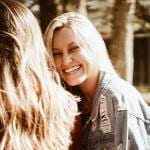 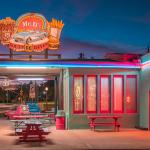 September 24, 2019 Where Atheists Get Their Morals - Phil Zuckerman Naked Diner #161
Recent Comments
0 | Leave a Comment
"They don't do whatever you are suggesting, they make screening available for women and most ..."
Vicky Iceland Declares All Religions Are Mental ..."
"Uh, having grown up in the Southern Baptist churches in the 1960's, I know it ..."
Gina King Iceland Declares Southern Baptist Churches Terrorist ..."
"Congratulations! 😄"
digital bookworm Nazi Humor Awards Announced
"Iceland has it right. Way to go"
Rusty Writer Iceland Bans Or Restricts These Religious ..."
Browse Our Archives
Follow Us!