Montgomery, Alabama – It’s getting harder to do anything relating to Charles Darwin in the Deep South. First, Mississippi outlaws famed evolutionary biologist Richard Dawkins. Second, Kentucky passes a law prohibiting anyone from saying Darwin. And now Alabama, the Yellowhammer State, is banning the Darwin Awards.

Darwinawards.com states the awards, salute the improvement of the human genome by honoring those who accidentally remove themselves from it in a spectacular manner!

In other words, the award is given to a person who kills themselves accidentally due to stupidity.

Professor Andrew Canard teaches at the Theological Institute of Technology (TIT). He runs the class Dunning-Krugering Ourselves to Death — Profiles in Idiocy. He believes the Darwin Awards play an important role. “*Did you know teen pregnancy goes down in areas where the show Teen Mom plays? It’s a cautionary tale. The Darwin Awards do something similar with idiots.”

Previous winners of the accolade includes:

Rhino Poacher Killed By Elephant And Eaten By Lions
It makes a funny headline, but it’s no laughing matter. The elephant-trampled and lion-digested poacher had illegally crept into a national park with murder in mind, for there is

Two Texans Die Trying
May their experiment be a warning to you, my friend. The Drawbridge on Black Bayou was evidentially an irresistible Friday Night challenge to Texas Man (32) and Texas Man Two (aged 23)…

While the public health benefits of the Darwin Awards are clear, Alabama’s Governor Kay Ivey believes the population suffers from even mentioning natural selection:

Do you know what’s not natural? Natural selection. God made Adam and Eve not Adam and Eve descended from monkeys. It’s better if we lose a few idiots exercising their God given right to do stupid, then to expose our children to the evils of evolution.

If convicted under the new law, the guilty will need to pay a $500 fine, 3 months in jail, or forced to binge watch every episode of Duck Dynasty. 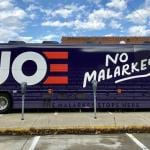 December 2, 2019
Joe Biden’s ‘No Malarkey’ Tour A Hit With College Voters
Next Post 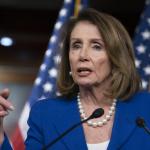 December 4, 2019 Nancy Pelosi Admits Impeachment Is A 'Witch Hunt'
Recent Comments
0 | Leave a Comment
"Cool to see Andy doing stand-up."
tons of mice Facebook Censorship In The Name Of ..."
"How do I know this all is satire? 'Cus I'm feckin' omniscient, eh. Oh yeah, ..."
Gord O'Mitey State Senator Says, ‘Sorry Science, This ..."
"It looks like Biden is pulling away: https://projects.economist....I wonder when Trump will make a run ..."
Gord O'Mitey Stealing The Election? Stack The Deck!
"Just because Barron's name is "Trump", that shouldn't mean that he should have to act ..."
Jason White House Admits Barron Trump ‘Experimenting’ ..."
Browse Our Archives
get the latest from
Laughing in Disbelief
Sign up for our newsletter
POPULAR AT PATHEOS Nonreligious
1