President Trump was assaulted yesterday by a religious zealot at a campaign rally.

Dayton, Ohio – President Trump isn’t allowing scandal, Democrats, or fake news keep him from the campaign trail. He’s fervently touring battleground states. He stopped by Dayton to rally his political base. If he doesn’t win Ohio with its 18 electoral votes, then he knows his chances are winning in 2020 are slim.

The Trump team is worried. They know the party that wins the previous election may face an uphill battle. Rachel Bitcofer’s  paper titled With 16 Months to go, Negative Partisanship Predicts the 2020 Presidential Election tells the tale:

Voters from the party out-of-power, galvanized to vote by negative partisanship, increase their turnout in subsequent elections, while turnout from the party in-power wanes due to complacency. The electoral performance of the opposition party is also improved by the predictable movement of pure Independent voters away from the party in power due the hyper-partisan and highly-charged negative political environment.

President Trump was hoping for an incredible rally where he could galvanize his voters. However, an undocumented worker fueled by religious fervor changed all that.

The rally took place in St. Alban’s High School. The gym was packed with MAGA swag and a passion for FOX News. President Trump led the crowd in chanting Lock them [Mexicans]out! Within seconds everything changed. A volley of rocks rained down on the 45th President of the United States.

The assailant was hiding in the shadows and then walked forward into the light. He was an illegal alien. He was throwing rocks perfectly. He was Jesus Christ, the second person of the Christian Trinity.

Reports from the scene describe confusion as well as a divine serenity as Jesus hurled rocks at Trump. Secret service agents didn’t know what to do. In their heart of hearts, they knew it was the Messiah. What could they do against the Son of God? And yet a calm fell over the crowd as Jesus of Nazareth took the mic with one hand and addressed the crowd as he threw rocks from the other hand.

“Hiya, everyone. It’s me, Jesus. I just want to say this is not the official second coming. Yes, I am here like a thief in the night, but this is a special trip because of this guy.”

Someone yelled from the crowd, “Jesus, aren’t you a pacifist?”

The LORD looked a bit sideways for a moment. He stopped the rain of stones on Trump to answer this important question.

“Look, have you heard me say ‘Those who are without sin throw the first stone?’ That’s me, by the way. I’m throwing,” he spat back at the crowd. “And Jesus Christ, you’re at a Trump rally. You people love guns more than you love me. Grow the ef up.”

Disgusted with the crowd, he turned and walked away.

Those close by heard him mutter, “I should’ve brought the horsehair whip with me.”

President Trump was rushed to a nearby hospital. He is expected to make a full recovery. 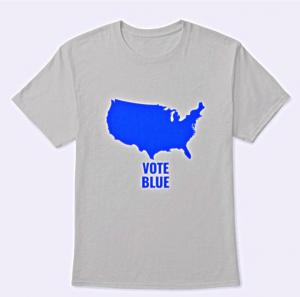 January 13, 2020
Trump Tweets 'Pay My Legal Bills Or I Shut Down The Government'
Next Post 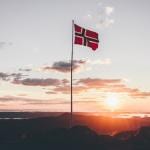