A recent study reveals the vast majority of people who are attacking cellphone towers aren’t quite sure what conspiracy they are fighting. The paper titled Coronavirus, 5 G, and Panic appears on the site Psychology.

An attack on cellphone towers in the United Kingdom over the weekend comes as conspiracy theory connecting 5G to the spread of coronavirus continue to gain momentum on social media.

While many in the media pointed to COVID-19 as the cause of the attacks, Professor Andrew Canard from the Theological Institute of Technology (TIT) suspected most idiots involved didn’t have a clear idea.

“An argument can be made the current panic over the coronavirus is the match that created an atmosphere conducive to idiocy,” Professor Canard stated,” those infected with said idiocy can’t clearly state why they attacked the towers. Their answers are all over the place.”

The research team tracked down the attackers and conducted in-person interviews. Here is a list of reasons the assailants gave for their actions.

“The thing is, one person will give multiple reasons for attacking cellphone towers,” Professor Canard sighed. “It’s as if they have no insight whatsoever.”

He went on to say he suspected the attacks will end soon. However, they will be replaced by something even more inane.

In related news, President Trump’s blood test results are in.

*Were there attacks on cellphone towers? Yes. However, the study is satirical.

April 6, 2020
Seamus From The Free Thought Prophet - Best Advice Ever 27
Next Post

April 8, 2020 Hundreds Sent to Mental Institutions Due To Mole Children
Recent Comments
0 | Leave a Comment
Browse Our Archives
Follow Us! 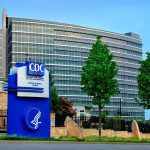