Reykjavik, Iceland – The government of Iceland passed a measure today banning sociopaths from holding jobs in the government. The new statute dubbed The Anti-Trump Decree takes effect immediately and covers both elected and non-elected positions.

Prime Minister Andrew Canard remarked on this step forward. “We keep looking at how the wheels have fallen off the car in America. Our citizens are determined to protect our way of life from power-hungry politicians who have no empathy.”

Iceland’s Ministry of Public Health (MPH) studied sociopaths for quite some time. These mentally ill people seem to have 7 characteristics.

Scientists at MPH developed a variety of methods to test would-be politicians for sociopathy. There will also be an investigation into their past to see if they manifested symptoms.

Sources within MPH report they understand highly intelligent sociopaths may be able to trick the tests and avoid detection. However, scientists also point out it’s highly unlikely their country will fall prey to the likes of Mitch McConnell or Donald Trump.

In related news, Barron Trump runs away from home. 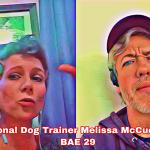 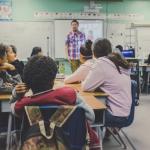 April 24, 2020 Seventh Grade Science Teacher Showers In Schadenfreude
Recent Comments
0 | Leave a Comment
Browse Our Archives
get the latest updates from
Laughing in Disbelief
and the Patheos
Nonreligious
Channel
POPULAR AT PATHEOS Nonreligious
1