Trump Tweets ‘God Is Too Big To Fail’

Washington DC – President Trump tweeted support for the government bailout of churches early this morning. The commander-in-chief proudly proclaimed to the world God is too big to fail. 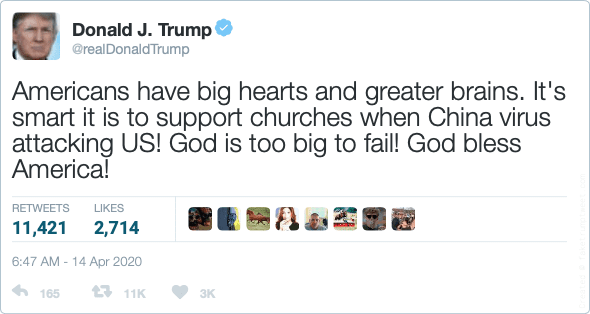 Americans have big hearts and greater brains. It’s smart it is to support churches when China virus attacking US! God is too big to fail! God bless America!

The Government Is Paying Pastors’ Salaries

Trump is defending the new policy of the federal government directly funding churches.

These news rules give houses of worship access to $350 billion in federal money from the Paycheck Protection Program (PPP) to fund religious activities, including paying clergy salaries, rent, and utilities. Longstanding SBA regulations have prevented “businesses principally engaged in teaching, instructing, counselling or indoctrinating religion or religious beliefs, whether in a religious or secular setting” from receiving business or economic disaster loans. However, with its news guidance, SBA indicates that it “will decline to enforce these subsections.”

“Direct government subsidy of religious activity is the clearest example of a violation of the Establishment Clause imaginable,” said Alison Gill, Vice President for Legal and Policy at American Atheists. “SBA cannot simply change its rules to sidestep the clear limits of the Constitution.”

The Horrible Truth Behind Trump Tweeting

*Not only is President Trump and the administration rapidly turning the United States into the Saudi Arabia of Christianity, sources within the White House report he doesn’t even know how to tweet properly.

Andrew Canard was an intern and now works in the private sector. He went on the record and told a story of idiocy at the highest level of government:

Trump loves Twitter, but he has never typed a tweet. He believes there is a 1-800 Tweet line number to call. When he wants to tweet something, he calls that number and Eric Trump picks up day or night. Donald states what he wants to communicate and Eric then tweets out the message.

When you look at all the bad grammar and poorly spelled words, it all makes sense. 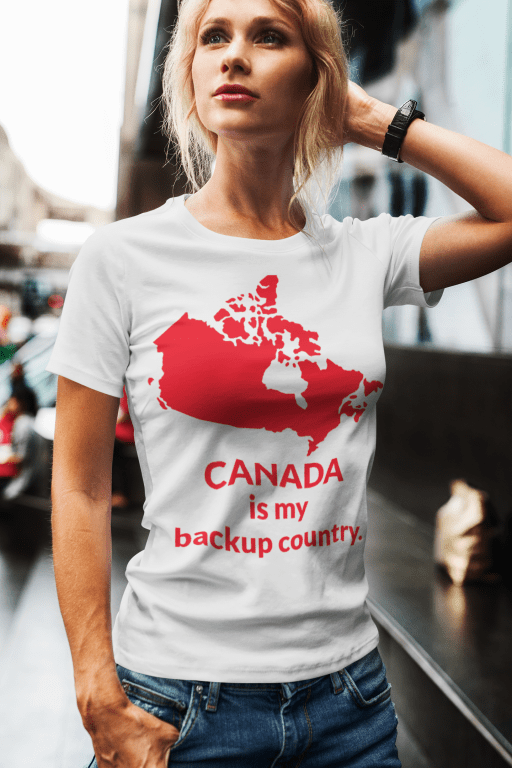 *Yes, the story of the government supporting churches is 100% accurate. However, Trump never made that tweet and to my knowledge, he does know how to use Twitter.   😉 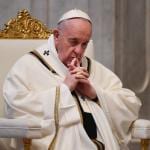 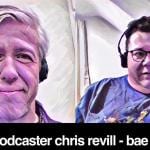 April 15, 2020 Podcaster Chris Revill Talks About EMDR - Best Advice Ever 28
Recent Comments
0 | Leave a Comment
"Cognitive Dissonance is definitely a strange occurrence."
Tobin Templeman Holland Cancels The Bible
"The liberals who once did so much to promote equality have now become the very ..."
True_Tolerance Holland Cancels The Bible
"Why does he look like he's melting? Then again, so does Moscow Mitch."
Vincent Valentine Marjorie Taylor Greene Pushes Anti-Witchcraft Law
"Did you get better?"
Vincent Valentine Marjorie Taylor Greene Pushes Anti-Witchcraft Law
Browse Our Archives
get the latest from
Laughing in Disbelief
Sign up for our newsletter
POPULAR AT PATHEOS Nonreligious
1