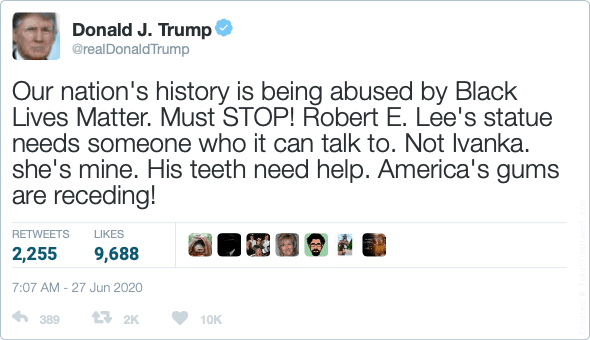 Our nation’s history is being abused by Black Lives Matter. Must STOP! Robert E.Lee’s statue needs someone who it can talk to. Not Ivanka. she’s mine. His teeth need help. America’s gums are receding!

The order also covers the so-called Confederate living statues. These living statues are actors who can hold one position for hours while appearing to be a monument honoring any of the traitors who fought the United States of America during the Civil War. Of course, to get the free medical treatment the actors will have to be dressed as a statue at the time of their medical appointment.

“This makes no sense, but Trump never made sense,” said Professor Andrew Canard who teaches Trumpian Studies at Miskatonic University. “Does he realize millions of Americans are dressing up as Nazis thinking Nazis fought for the South in the Civil War?”

Doctors’ offices around the country now have written statements on their front doors explaining Adolf Hitler did not rule the South from 1861-1865.

In related news, yes, it’s my birthday. And I’m gonna have a good time. 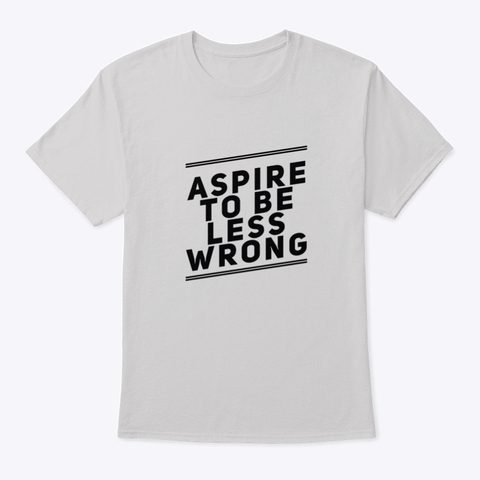 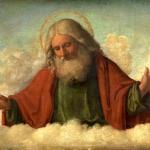 June 26, 2020
Ricky Gervais Made This Atheist Want To Believe In God
Next Post 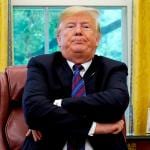