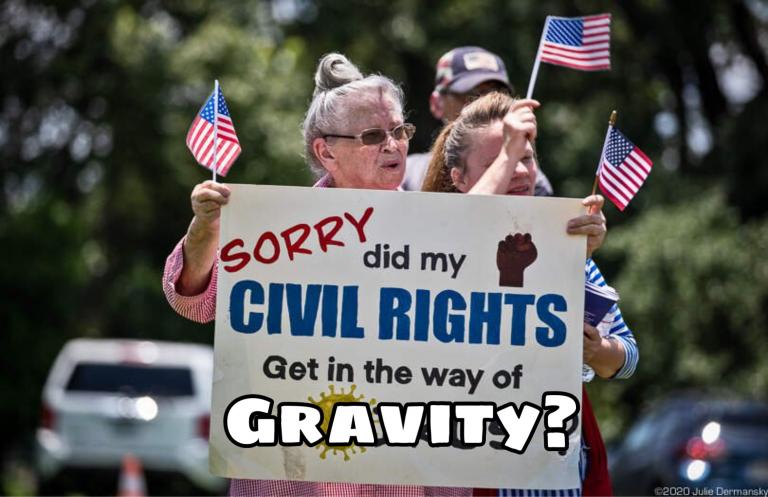 Jackson, Mississippi – Anti-science protesters converged on STEM Center for Toddlers today. The Center provides daycare for area parents. The advocates for anti-science rallied against what they see as ‘Big Science” trying to brainwash the children.

“One minute they’re learning math, the next they’ll be able to figure out how to pay a waitress a tip without one of them there tip calculating cards,” stated protester Karen McKaren.

Many in the crowd of approximately 2,000 held signs with sayings like GRAVITY IS KEEPING ME DOWN and IT’S ADAM AND STEVE NOT HOMO SAPIENS.

Experts believe the eruption of anti-science is just another manifestation of the anti-mask protests raging throughout the poorly educated sections of the country.

Professor Andrew Canard teaches Trumpian Sociology at Miskatonic University. He tweeted this response to the news.

If given the chance, Trump supporters would protest oxygen if they thought it would keep socialism away from their social security, public schools, and the ACA.

No one is sure when the insanity will end. However, it is clear the Republican drive to undermine faith in government, science, and common decency over the last five decades has yielded a bumper crop of aggressively ignorant Americans. 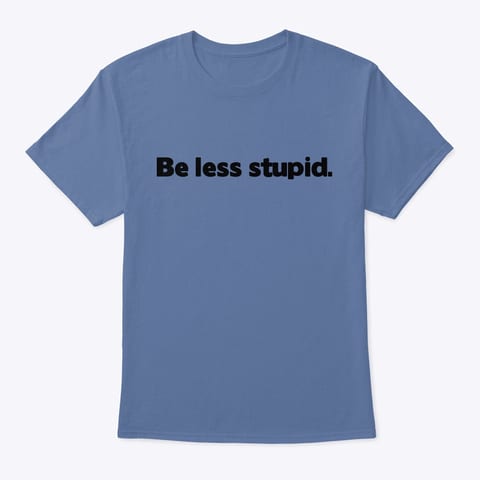 July 14, 2020 Author, Philanthropist, And Podcaster Dale McGowan Talks About Music
Recent Comments
0 | Leave a Comment
Browse Our Archives
get the latest from
Laughing in Disbelief
Sign up for our newsletter
POPULAR AT PATHEOS Nonreligious
1

Virginia KKK Leader Who Drove Truck Into BLM...
Justice: Harry Rogers, the head of the Virginia KKK, was found guilty...
view all Nonreligious blogs
What Are Your Thoughts?leave a comment
Copyright 2008-2020, Patheos. All rights reserved.