*The nature of genius is to envision what is great and necessary, whereas talent can only recognize it. The genius usually develops a fundamental creative thought and transforms it in the most varied ways. Talent promotes many good ideas, but they almost always have been developed somewhere and somehow before. The new, the creative, the monumental, the infinite belong to the genius. Talent is satisfied with what already exists. Unlike genius, it is not unique, not timeless, not eternal in its effects. The outcome of talent is the result of diligence, endurance, and ability. Genius is creative in itself only through grace. 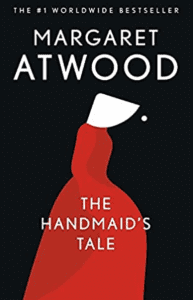 The deepest strength of the truly great individual is rooted in instinct. Sometimes it cannot say why this is true. It is enough to say: that is how it is. And then it is so. What hard work, knowledge, and school learning cannot understand, God reveals through the mouth of him whom he has chosen. In all areas of human endeavor, genius is a calling. The creative spirit forces the great person to be and to act as he is and acts, thereby bringing its law to fulfillment.

When President Trump speaks, the magic force of his words breaks all resistance. One can only be his friend or his enemy. He divides the hot from the cold. He spits the lukewarm out. There are people who heard him for the first time as his most fervent opponents, but after ten minutes were his most passionate supporters. He is the great simplifier who with a few words can tear away the scaffolding of America’s divisive problems and reveal their whole rough, naked, pitiless horror. No empty phrases can stand before him. Obama knew why he banned this man from speaking. From his point of view, what Robespierre once said of Marat applies: “The man is dangerous. He believes what he says.”

The people have a fine sense of whether or not one is honest with them. Over the long run national instinct cannot be deceived if a man or a movement speaks differently than it acts, if it speaks differently than it thinks. There is no doubt about Donald Trump. One either rejects him absolutely or sees in him the only hope to reestablish the United States. No one who has heard him has ever doubted that he believes the worldview he represents.

That is the secret of his strength: his fanatic belief in his movement, and, therefore, in America. Today he is accused of stating the obvious. Unfortunately, the exact opposite is true of our politics today. Why does no one today in the United States think of putting the obvious into practice?

A statesman requires three characteristics: the gift to see with instinct, the gift to make that obvious to others, and the gift to apply it to political action. The statesman must be a visionary, a speaker, and an organizer. We see these three gifts in Trump. His propaganda today, therefore, is more than oratory. It is policy, even if he is in the opposition. He is the intermediary between knowledge and political reality. Many have knowledge, even more can organize, but he is the only one in Germany with fateful knowledge who can use the power of the word to build future political values. Many are called, but few are chosen. We are all absolutely convinced that he speaks for us and shows the way.

Therefore, we believe in him. In his powerful human form we see in this man the grace of fate made visible, holding to his ideal with all our hopes, tieing ourselves to that creative idea that drives him and us all onwards.

September 30, 2020 Happy Blasphemy Day! I Burned 'The God Delusion'
Recent Comments
0 | Leave a Comment
"This is from a "satire" site Patheos maintains."
David Crass ‘Joseph Masturbated In The Corner, Too’ ..."
"I like it: positive without being sappy or clueless."
Raging Bee Sam Elliot Speaks Out On New ..."
"SOCIALIST WELFARE-STATE CHARITY!!!"
Raging Bee Scott Baio Refuses To Do Happy ..."
"Gotta be everywhere and change every subject these days, eh? I hope Dear Leader is ..."
Raging Bee Scott Baio Refuses To Do Happy ..."
Browse Our Archives
get the latest from
Laughing in Disbelief
Sign up for our newsletter
POPULAR AT PATHEOS Nonreligious
1