5 Swearing Parrots At This Zoo Are In Hot Water

5 Swearing Parrots At This Zoo Are In Hot Water October 17, 2020 Andrew Hall

Parrots. They’re fun animals and a lot of kids love listening to them talk. And depending on the parrot, parents don’t have a problem with that. Of course, some feathered friends have been raised to say some, well, colourful (note the British spelling) phrases.

The chief executive of Lincolnshire Wildlife Park had to temporarily remove five newly adopted parrots from public view after they started swearing at the customers.

The birds were all quarantined together in the same room, but soon discovered they all shared one thing in common – the ability to blast out obscenities

Blast out obscenities? I’m assuming they did so in proper English accents.

The park’s chief executive officer Steve Nichols had this to say:

“Every now and then you’ll get one that swears and it’s always funny. We always find it very comical when they do swear at you.

“But, just by coincidence, we took in five in the same week and because they were all quarantined together it meant that one room was just full of swearing birds.

“The more they swear the more you usually laugh which then triggers them to swear again.

“But when you get four or five together that have learnt the swearing and naturally learnt the laughing so when one swears, one laughs and before you know it just got to be like an old working men’s’ club scenario where they are all just swearing and laughing.”

Regardless of how funny it must have been to hear a pandemonium (yes, that’s what you call a group of parrots which makes the story even funnier) of parrots cursing, Mr. Nichols knew it would only cause problems.

Mr Nichols said: “We put them in an off-shore enclosure with the intention that hopefully they will start learning the other parrot’s noise that are around.

“They are African grey parrots and they are very, very good at learning vocalisations from all sorts of noises.

“What we will do now is release them out but in separate areas so at least if they do swear it is not as bad as three or four of them all blasting it out at once.”

My best wishes to the parrots. May they never lose their talent for mischief.

Here’s the link to the video about the parrots. 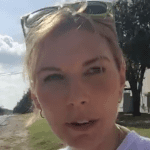 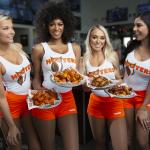 October 17, 2020 Hooters Teams Up With Texas Church
Recent Comments
0 | Leave a Comment
Browse Our Archives
get the latest from
Laughing in Disbelief
Sign up for our newsletter
POPULAR AT PATHEOS Nonreligious
1 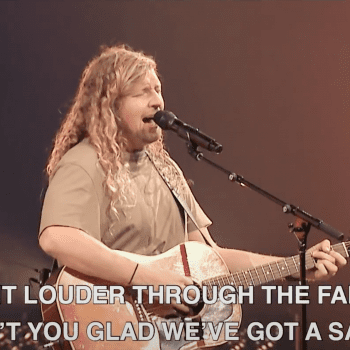 Iceland's Leader Says 'We Defeated COVID-19 With Atheism'
Katrín Jakobsdóttir wakes up early to start her day. She places the...
view all Nonreligious blogs
What Are Your Thoughts?leave a comment
Copyright 2008-2020, Patheos. All rights reserved.