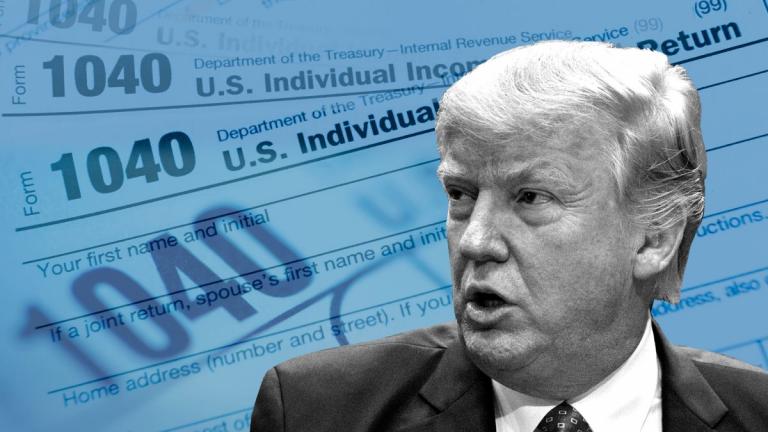 Mar-a-Lago, FLA – Former US President Donald J. Trump pulled the trigger and publically released his tax returns today. These documents are for the years 2011-2019. They show a man desperately trying to keep his financial head above water. In what can only be seen as acts of fiscal desperation, the man who once hosted the hit show The Apprentice claimed many odd and bizarre tax deductions.

Why Is Trump Releasing His Tax Returns Now?

The Supreme Court of the United States ruled the former commander-in-chief’s tax returns must be made available to New York prosecutor Cyrus Vance.

The Supreme Court cleared the way for a New York prosecutor to obtain former President Donald Trump’s tax returns, dealing a massive loss to Trump who has fiercely fought to shield his financial papers from prosecutors.

The documents will be subject to grand jury secrecy rules that restrict their public release.
The ruling is a bitter loss for Trump, even if the tax records are shielded from public disclosure, after he consistently argued that the subpoena issued by Manhattan District Attorney Cyrus Vance was overbroad and issued in bad faith.

Even though the tax returns are not supposed to be released to the public, the Trump legal defense team believes it is only a matter of time before they become public.

Andrew Canard Esq. is the senior partner of Dewy, Cheatem, and Howe (DCH) and representing Trump for this case. “With the SCOTUS decision we knew the clock is ticking,” Mr, Canard said. “We either get ahead of the story and control the narrative or we get buried.”

What Are Donald Trump’s Tax Deductions?

Investopedia points out tax deductions are a way to lower taxable income and thereby pay fewer taxes. While many Americans simply use the standard deduction, many choose to itemize them. Depending on a person’s situation itemizing can lead to paying less in taxes than using the standard rate. While there are many legitimate deductions, such as home office and other business expenses, some nefarious parties may be gaming the system for their personal gain and claim outrageous ones.

Although accountants and tax attorneys haven’t done an in-depth analysis of the former President’s forms, it is clear the following are suspicious deductions to say the least:

Some pundits wonder if these bombshells will shatter Trump”s loyal base of supporters. Mr. Carnard doesn’t think so. “The information here isn’t going to change the way evangelicals look at him,” Mr. Canard said. “They believe the Second Commandment is about guns. They aren’t going away anytime soon.”

February 24, 2021 Police Take Ted Cruz's Dog Away From Him
Recent Comments
0 | Leave a Comment
"What is the practical consequence of cancelling the bible in a country where there are ..."
C Peterson Holland Cancels The Bible
"Her trusty is called CANARD. Really?"
Len simon Marjorie Taylor Greene Pushes Anti-Witchcraft Law
"I find myself surprised that I am not surprised by this hag. Is her trusty ..."
Len simon Marjorie Taylor Greene Pushes Anti-Witchcraft Law
"If sex work is acceptable, the joke here contradicts that by using it as an ..."
Michael FACT CHECK: Melania Was A Sex ..."
Browse Our Archives
get the latest from
Laughing in Disbelief
Sign up for our newsletter
POPULAR AT PATHEOS Nonreligious
1