The United Nations Committee on Science and Science Education (UNOSSE) officially declared creationism, the belief the universe was created within the last 10,000 years and evolution is false, a conspiracy theory. UNOSSE forwarded their findings to the general assembly where a vote on the matter is expected within weeks.

Professor Andrew Canard heads UNOSSE. Under his leadership the organization both promotes scientific research and education worldwide as well as fights anti-science.

“We’ve been fighting climate change deniers, advocates for trickle-down economics, flat Earthers, and creationists for decades. Conspiracy theories may differ in substance but not in form,” he said. “In other words, while they may believe in different falsehoods, but they share common characteristics. And those who believe human beings were poofed into existence by God aren’t too different from people who think Nessie, the Loch Ness Monster, exists.”

Professor Canard added while the belief that a large creature lives in a lake in Scotland is not dangerous, not accepting the scientific consensus the Earth is billions of years old is.

UNOSSE’s statement condemning young earth creationism highlights the reasons why the belief is in the same category as believing FOX News being a legitimate news source.

Creationism shares these characteristics of other bizarre beliefs.

The United States, The UN, And Creationism

The Biden administration wants nothing to do with the upcoming vote regarding young earth creationism. Democrats are preparing to try former Donald J Trump in the Senate, pass a COVID-19 relief bill, and disperse the coronavirus vaccine to everyday citizens. What they don’t want is to agitate the 40% of Americans who believe humans are descended from the biblical Adam and Eve.

One anonymous White House source says the US representative will not be at the UN when the vote takes place. They may be at home. They may be in Central Park enjoying a stroll. What they won’t be doing is causing more problems for President Joe Biden.

In related news, Joe Biden is remaking the White House in his own image. 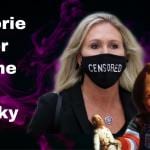 February 4, 2021
Chucky, Leveling Up Your Mask Game, And Marjorie Greene
Next Post 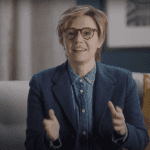 February 7, 2021 It Gets Better - Saturday Night Live
Recent Comments
0 | Leave a Comment
Browse Our Archives
get the latest from
Laughing in Disbelief
Sign up for our newsletter
POPULAR AT PATHEOS Nonreligious
1