Washington DC- President Joe Biden became the first US president to officially recognize the massacre of Native Americans by the United States of America as a genocide, risking a potential disaster in the 2022 midterm elections but signaling a commitment to global human rights.

In a statement, Biden wrote, “We as a nation need to remember the lives of all those who died in the genocide committed by our government and recommit ourselves to preventing such an atrocity from ever again occurring.”
“Today, as we mourn what was lost, let us also turn our eyes to the future — toward the world that we wish to build for our children. A world unstained by the daily evils of bigotry and intolerance, where human rights are respected, and where all people are able to pursue their lives in dignity and security,” Biden said. “Let us renew our shared resolve to prevent future atrocities from occurring anywhere in the world. And let us pursue healing and reconciliation for all the people of the world.”
The move fulfills Biden’s campaign pledge to finally use the word genocide to describe the systematic killing and ethnic cleansing of Native Americans. Biden’s predecessors in the White House never spoke so clearly due to fear of losing support with voters.
Earlier this week, US officials had been sending signals to social justice allies outside the administration — who have been pushing for an official declaration — that the President would recognize the genocide. Addressing the potential move in an interview with FOX News personality Tucker Carlson this week, Professor Andrew Canard from the Theological Institute of Technology (TIT) said, “If the Biden administration wants to destroy its own electoral future, the decision is theirs.”
In related news, Ted Nugent is now an ordained minister.

This Poe is based on this CNN article covering Biden’s declaration on the Armenian Genocide. 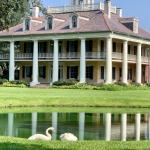 April 28, 2021
Lawmaker Says Schools Must Teach The 'Good Of Slavery' (Video)
Next Post 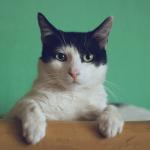