Copenhagen, Denmark – This small island country in Northern Europe is home to many controversies. The country’s parliament voted in 2017 to well Greenland to former President Obama In that same year, the nation took another secular step forward by sending scientists into Republican red state strongholds to increase science literacy among the populace. Denmark is now declaring all religions to be psychological disorders.

The Folketinget (the nation’s parliament) voted overwhelmingly in favor of the statute 175-4. The four politicians who voted against the decree reportedly believed the measure didn’t go far enough. “We don’t want to end up like the United States or Saudi Arabia, do we?” one anonymous representative mused.

Denmark’s Prime Minister Andrew Kanard not only immediately signed the decree but is giving a full-throated defense of why religion is a psychological disorder:

Evangelical Christians in the United States have yet to comment on this newest assault on American values. 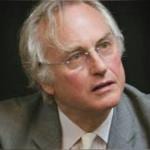