The Matt Gaetz Dick Pic He Sent To A Young Woman

Washington DC – Republican Representative Matt Gaetz is in hot water. The man who trumpeted former President Trump’s America First program is accused of sexual impropriety. Not only is he being investigated by the Justice Department for sex trafficking, but new information reveals Gaetz loved to show off to fellow lawmakers in the GOP.

CNN’s story Gaetz showed nude photos of women he said he’d slept with to lawmakers, sources tell CNN tells the tale of yet another social conservative obsessed with sex.

Gaetz allegedly showed off to other lawmakers photos and videos of nude women he said he had slept with, the sources told CNN, including while on the House floor. The sources, including two people directly shown the material, said Gaetz displayed the images of women on his phone and talked about having sex with them. One of the videos showed a naked woman with a hula hoop, according to one source.
“It was a point of pride,” one of the sources said of Gaetz.

“That in itself is a strange story,” reported Patheos reporter Andrew Canard. “However,  one of the young women released a dick pick Matt Gaetz sent her, and I was stunned.”

Representative Gaetz sent this picture to a young woman back in 2017.  “He thought it was sexy. It’s gross,” she said. “I told him to go see a doctor because that thing he’s walking around with down there isn’t normal It isn’t healthy.”

Trigger Warning: What follows is for mature readers only. If you are under 18, you can not proceed. Anyone with a heart condition please beware what follows is a shocking image. 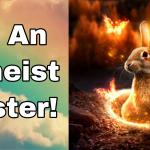 April 4, 2021 It's An Atheist Easter!
Recent Comments
0 | Leave a Comment
"Calling it "propaganda" doesn't really work if you can't actually show where it's wrong or ..."
Raging Bee Teen Vogue Cancels Representative Matt Gaetz’s ..."
"I love how Baby Falwell is now calling the college he founded a pack of ..."
Raging Bee Jerry Falwell Jr Sued For Stolen ..."
"Farting next to mask nazees is rather entertaining"
Wfeather1940 Fined For Farting
"After passing gas in his general direction, Mr. AB should have added, "Your mother was ..."
digital bookworm Fined For Farting
Browse Our Archives
get the latest from
Laughing in Disbelief
Sign up for our newsletter
POPULAR AT PATHEOS Nonreligious
1