Jackson, Mississippi – Citing religious freedom, the state legislature voted unanimously to keep those who do not believe in God from using US currency. Mississippi Governor Andrew Canard quickly signed the bull into law. Effective immediately atheists can not use paper money or coins within the state borders.

Mississippi Code 37-13-4., dubbed In God We Trust by supporters, states:

(2) Atheists and agnostics have no right within state bounds to abuse the financial system by utilizing US currency which clearly has In God We Trust on it. Any godless person who is found guilty of such an act faces 3 months imprisonment and a $500 fine on the first offense and 6 months imprisonment and a $1000 fine on the second offense. A third-time offender will be forced to live in Mississippi for the rest of their natural lives.

Mississippi Governor Andrew Canard states there are alternatives for those who do not believe in God. “Cryptocurrency is still available for heathens,” he said. “They can use that until we ban it.”

Atheists inside the state are hoping the Supreme Court will strike down the law. Until that day comes, however, it seems like many unbelievers are reverting back to trading and bartering for goods and services.

In related news, 7 Bible verses are destroying the United States of America. 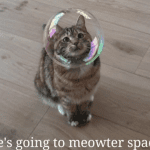 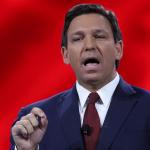 June 30, 2021 Florida Makes "Canadia" Healthcare A Hate Crime
Recent Comments
0 | Leave a Comment
Browse Our Archives
get the latest updates from
Laughing in Disbelief
and the Patheos
Nonreligious
Channel
POPULAR AT PATHEOS Nonreligious
1