Florida Is Declared A Terrorist State

New York City – The General Assembly of the United Nations voted overwhelmingly early this morning to label Florida a terrorist state. The only countries that voted against the measure were Afghanistan and North Korea. The United States representative was notably absent from the proceedings.

The state of Florida intends to cause death or serious bodily harm to civilians with the purpose of obtaining power. Governor Ron DeSantis and Representative Matt Gaetz’s flagrant disregard for public health policies during the ongoing pandemic is designed for them to acrue more power over their political base.

International visitors are urged not to visit Florida. The UN points out there are other Disney attractions than the one in the Sunshine State.

The sanctions are sure to hit the state’s economy hard. However, in typical neo-Trumpian fashion, Ron DeSantis is doubling down on his anti-mask rhetoric. “We don’t care what France or Germany think. I am making Florida great again and facemasks aren’t going to stop us!”

Evangelical Christians are mobilizing to support DeSantis. They are renaming French fries. Their new name is Ivermectin fries. Upcoming Oktoberfest celebrations are being rebranded as Libertyfest.

Professor Andrew Canard teaches at Miskatonic University. He’s studied mass psychosis and religious hysteria for years. He believes Florida is experiencing a break with reality that may take decades to recover from. “The UN ban may last for quite a while,” he said. “I suggest rational citizens flee immediately.”

In related news, Catholic school students are expelled due to religious liberty. 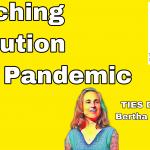 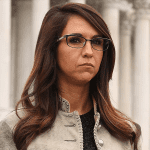 September 1, 2021 Lauren Boebert Loses Her Teeth Due To Alternative Medicine
Recent Comments
0 | Leave a Comment
"I hope all these foetuses fill in their proxy voting request forms in person."
David Cromie Texas Fetuses Can Now Vote In ..."
"Surely this is right straight out of The Onion, right?"
RichardSRussell Texas Fetuses Can Now Vote In ..."
"A grifter is going to grift..."
Enlightened Ken Ham Is Building A Hell ..."
"my keyboard is all 'murikan aint got none those foreen lettirs on it. Although I ..."
Cozmo the Magician Ken Ham Is Building A Hell ..."
Browse Our Archives
get the latest updates from
Laughing in Disbelief
and the Patheos
Nonreligious
Channel
POPULAR AT PATHEOS Nonreligious
1