And who does he blame?

“Who knows how this thing works?” said Mr. Zuckerberg to reporters. “I can’t even tell you how a can opener opens. I say it’s definitely Facebook’s fault for being Facebook. But people should’ve known this was going to happen. After all, it isn’t called Factbook.”

When pressed whether or not he bears any responsibility for the 2018 change in the Fb’s algorithm that amped up the internet’s #1 toxic echo chamber Mr. Zuckerberg said, “Nope, it’s Facebook’s fault. Think about it, my name is Mark Zuckerberg and not Mark Facebook.”

Critics of the world’s largest social media platform point to the thousands of emails Ms. Haugen showed to federal regulators as proof of Facebook’s toxic effects. These same critics are quick to say the dissolution of the company’s Civic Integrity unit – which fought against misinformation – shows the company isn’t serious about public safety.

“Well, you’re 110% right about that!” Mr. Zuckerberg said. “There’s, like, a mountain of evidence against Mr. Facebook. But how angry can we really be when we live in a country where the top 1% have about 16 times the wealth than the bottom 50%? It seems hypocritical.”

Mr. Zuckerberg also stated that he is looking for the real killer of rational discourse. 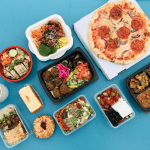 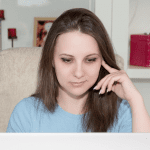 October 5, 2021 New Study: Americans Don't Know How To Google Search Properly
Recent Comments
0 | Leave a Comment
Browse Our Archives
get the latest from
Nonreligious
Sign up for our newsletter
POPULAR AT PATHEOS Nonreligious
1